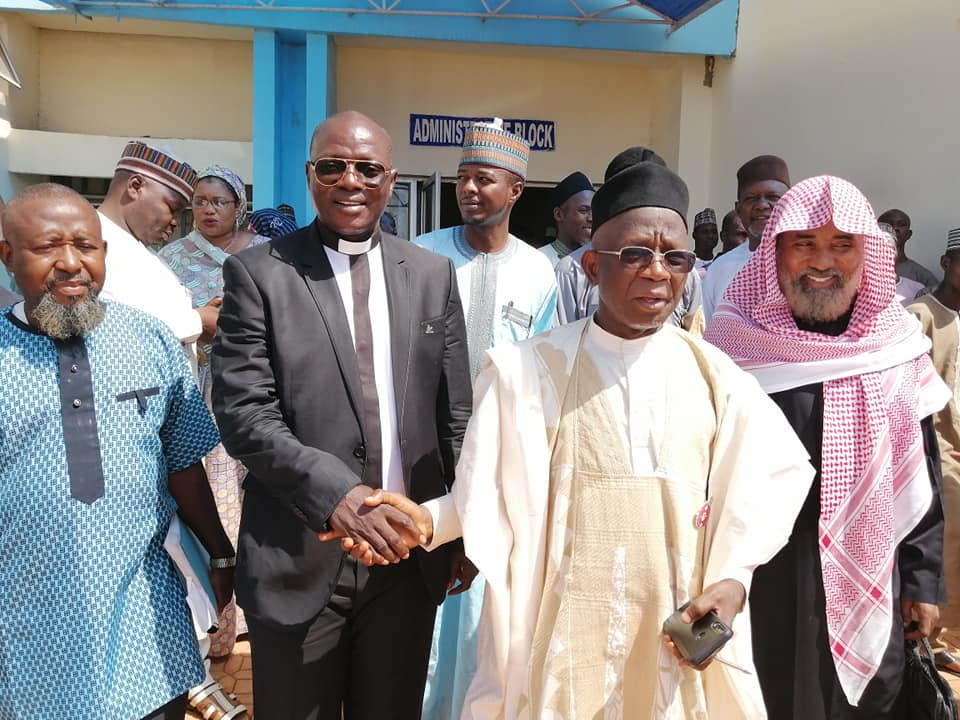 The team of the Christian clerics delegation was headed by pastor yohanna buru, who is the general overseer of Christ evangelical intercessory fellowship ministry,sabon tasha ,kaduna state north-western Nigeria.

He was equally accompany by Reverend  George  Paul  from another different  church and other Top Christians clergies from southern part of Kaduna  which  team-up together, to paid a courtesy visit to  (National Board for Arabic and Islamic studies “ in kaduna with the aims of  strengthening peaceful co-existence between Muslims and Christians.

Buru said, Arabic language is communicating language like English, French, Germany and so many other languages across the planet which can be used for normal communication and interaction for commercial activities across the African continent.

The Christian scholar urged  Nigerians to study Arabic as a course and to stop see the language as a religion in it self.

Pastor says,  many Christians and other non-believers believed  that Arabic is a religion,  not knowing that is a communicating language like all the rest of the languages  across the world.

He  said, Arabic is becoming an important language when it comes to operating an international business that’s trying to break into foreign markets.

Today Arabic is the official language of 26 Countries and spoken by 280 Million worldwide.

He said ,there are many Christians scholars that learnt how to read and write Arabic language for normal communication in Nigeria and some part of west Africa.

{one of the UN six official languages are English, Arabic, French, Chinese, Russian and Spanish)

Buru stressed that it is really important for Christians across the planet to learnt how to read and write Arabic language not to ignore the language due to its links to Islam.

He ended by calling on all Nigerians  to visit the Centre, while calling on the management of the board to equally engaged the media in promoting its activities.

In his own remark, Engr. Namadi musa formal DG interfaith centre kaduna state, explained the important of Arabic language in Nigeria and above.
Saying that, Arabic is a language like any other language in the world

He said,The importance of learning Arabic course in this modern era of civilization cannot be over emphasized,  adding that there is need for the centre to have more Arabic teachers.

Responding also is the Director of the board, professor Safi’u Umar Abdullahi who mentioned that is the first of its kind for the Christian clerics  to come to the center for the aim of strengthened peace and unity.

Professor Safiu Umar stressed that Arabic study is very important in the world today, calling on Christian, Muslims and other religious believers to learn Arabic Language for effective communication.

He says Arabic is also an official language of many world organizations. Arabic has a rich history and dated back as one of the oldest languages.

Safiu added that There is a very high demand currently for more and more Arabic translators and interpreters are needed by government departments and agencies as well as corporations seeking to enter the global arena.