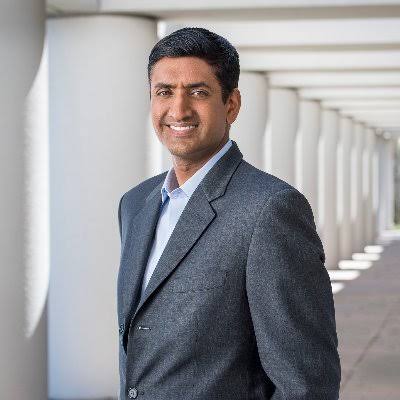 A Democratic member of Congress bizarrely claimed that the drop in life expectancy during the pandemic was the result of “corporate greed,” and he was mercilessly mocked on social media for it.

Rep. Ro Khanna of California recently stated on social media that “corporate greed” has resulted in a significant drop in American life expectancy.

“Take a look at the decline in American life expectancy if you don’t believe corporate greed has deadly consequences. We need #MedicareForAll, and the minimum wage must be raised “Khanna tweeted a graph of life expectancy.

What Khanna failed to notice was that life expectancy had steadily increased nearly every year since 1980, until the last two years, when it fell precipitously, most likely due to the coronavirus pandemic.

Those who pointed out the obvious flaw in the Democrat’s assessment immediately attacked him.

“Every now and then, you come across a tweet so mind-bogglingly bad that it instantly disqualifies everything the tweeter has ever said and ever will say,” Cato Institute’s Scott Lincicome responded.

“Yes, if it hadn’t been for corporate greed, we would have had a COVID death rate as low as the UK,” writer Noah Smith responded.

“This means that life expectancy peaked and then fell when Obamacare became law, after steadily rising for three decades prior to Obamacare,” writer Nathan Wurtzel remarked.

“So you believe that ‘corporate greed’ began or significantly increased in 2020? Is there anything else that has a more obvious impact on human health and arrived in 2020? “Another critic chimed in.

“Correlation is not the same as causation. Worse, he provides no correlation, only baseless theories with no data to back them up “Kyle Lamb, a researcher, responded.

Following widespread ridicule and mockery, Khanna clarified 14 hours later in a second tweet that he had intended to blame the pandemic all along.

“Of course, the pandemic is to blame. But the question is, what universal healthcare policies could have mitigated this, and how could we have taken better care of essential workers, the elderly, and those with underlying health issues? “He tweeted something useful.