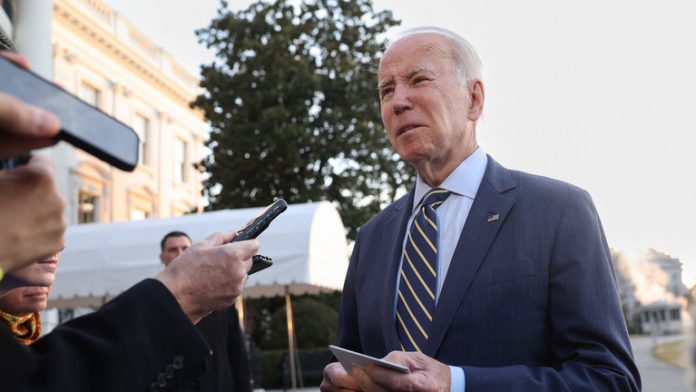 Republicans have urged US Attorney General Merrick Garland to appoint a special counsel to investigate President Joe Biden’s possible mishandling of government records. The appeal came after a number of classified files were discovered in Biden’s former office, which he used as vice president from 2009 to 2017.

Lindsey Graham, a senior member of the Senate Judiciary Committee, argued that Garland should launch an investigation similar to the one currently underway against former President Donald Trump.

Senator Josh Hawley has also demanded that Biden be investigated. “There can’t be two levels of justice in this country. “It can’t be that there’s one rule for Republicans and another for Democrats,” he said on Fox News. “The Democrats claim to be all for equity. What is equitable in this case is the appointment of a special counsel.”

On Monday, the White House acknowledged that “a small number” of classified documents were discovered in Biden’s former Washington office in November. According to reports in the United States, Garland appointed prosecutor John R. Lausch Jr. to conduct an initial investigation into the matter.

According to a number of US news outlets on Wednesday, Biden’s aides discovered at least one additional batch of classified documents at a separate location related to the president.

Biden stated on Tuesday that he was “surprised” by the discovery. “I have no idea what’s in the documents,” the president told reporters during his visit to Mexico.

The incident drew immediate comparisons to similar allegations leveled against Trump. In August, FBI agents raided the former president’s Mar-a-Lago estate in Florida, retrieving troves of government records, including classified materials. Garland eventually appointed special counsel Jack Smith to investigate Trump in connection with the documents and the 2021 US Capitol riot in Washington.

Outgoing presidents must return all presidential records to the government because they are considered public property. The National Archive houses former presidents’ official records.

Trump, on the other hand, denied mishandling classified documents. “When is the FBI going to raid the many homes of Joe Biden, perhaps even the White House? “These documents were not declassified,” Trump wrote on Monday on his Truth Social account.