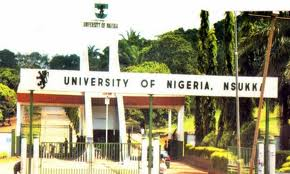 Since 2004 when National Universities Commission(NUC) accredited some courses for the regular degree program in the school, no regular students  have yet collected their certificates after graduation. The Four consecutive sets were graduated from UNN Ikere campus were only issued the statement of Results which were VALID FOR MAXIMUM OF A YEAR.

The University of Nigeria, Nsukka (the main campus) issues certificates to all graduates after their graduation each year but they only issue statement of results to graduates of affiliated schools who do not remit their students’ school fees completely to the parent institution. These Four sets were among those UNN convocated in the 37th,38th,39th and 40th anniversary respectively.

The sets were unnecessarily delayed for almost two years each before being mobilized for compulsory National Youth Service Corps(NYSC) due to the financial unfaithfulness exhibited by College of Education Ikere management to University of Nigeria,Nsukka  managements, which resorted to seizure of certificates and delay in mobilization for youth service by the parent school.

The statement of Results issued by UNN to College of Education graduates so far were no longer valid because they were meant to be useful for just a year with the hope that the affiliated school would come for their students’ certificates before the expiring date written boldly on the statement of results sets in. Some of the UNN ikere campus graduates have taken steps personally by going to the main campus to have their certificates collected but UNN main campus sent them back  to affiliated Ikere campus, that the school is responsible for the collection of the certificates, emphasizing that until the school paid their debt, no certificates would be issued out from the source.

Meanwhile, UNN main campus would have released the Certificates to affiliated Ikere College of Education graduates before mobilizing them for NYSC, if the school fees were completely remitted by the management.
Many UNN Ikere graduates were screened out of Masters programs in other Institutions both in Nigeria and in  foreign countries because of the statement of results issued by UNN main campus were alleged to be  invalid at the time of the admission. The 2007,2008,2009 and 2010 sets have been terribly affected by this menace, greed and wickedness of our so-called management.

These sets paid all the required fees while running their programs without owning the college a penny.
UNN Ikere graduates have held several meetings with the management of college of Education, but the outcomes were abortive due to their nonchalant attitude to the Ikere graduates future and careers. The last meeting held in August, the provost of the college said they had just paid Ten Million Naira (N10m) to UNN Nsukka main campus for issuance of the certificates, and that only the UNN Vice chancellor(VC) was then delaying the process due to his inability to sign the certificates. Can you imagine?

Reality Group is now appealing to Economic and Financial Crime Commission(EFCC), Independent Corrupt Practices and other Related offences(ICPC) and other corrupt agencies to look into the matter in order to salvage UNN Ikere graduates lives from the den of wolves who seat themselves as management of College of Education, Ikere, before they turn them to victims of circumstances. Our parents, friends and companies are now seeing them as back-door graduates since there is no valid certificates to prove the identities and to back up the qualities. Save us, Nigerians!!

Views of author may not reflect NewsRescue official editorial policy