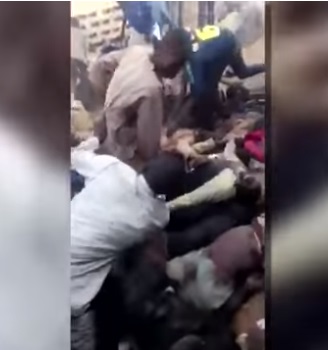 The footage obtained by SaharaReporters displays once again that human beings are not too far from animals.

In the footage, miscreant northern youth are seen eagerly hustling over dead bodies of the killed Islamic Movement faithfuls, dipping their hands in their pockets and talking about the money they were digging for.

The video also puts a dent on the Nigerian Military and police who left the dead bodies rather than cordoning, documenting them and taking them to the Morg.