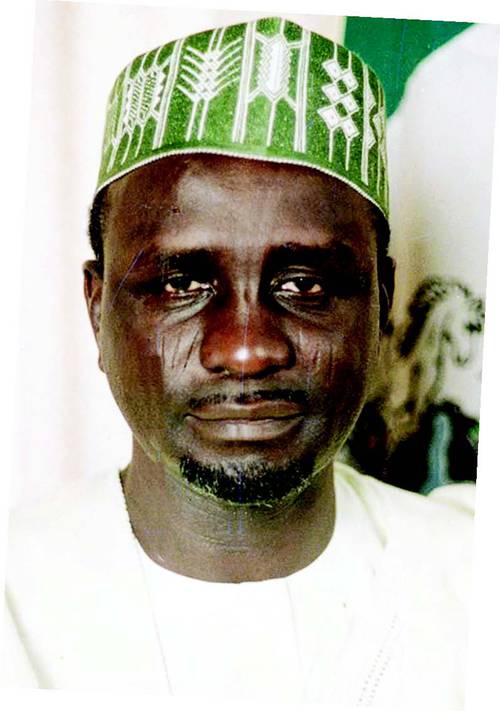 A startling revelation has been made in the recent police release on the findings form the raid on Senator Goje’s residence.

The attention of the Nigeria Police Force has been drawn to reports in the media credited to Senator Danjuma Abdullahi Goje captioned “Blame the Police if 2017 Budget is not Ready Senator Goje” “REPS gives Police 24 hours to return budget documents allegedly carted from Goje’s residence.”

2. The report in its entirety is false, misleading and capable of misinforming Nigerians about the statutory roles and duties of the Nigeria Police Force as provided under Sections 4 & 28 of Police Act and Regulations, which includes prevention and detection of crime, the apprehension of offenders, the preservation of law and order, the protection of life and property and the due enforcement of all laws and regulations, and authority to enter any house or premises to execute search warrant.

3. It is pertinent to set the record straight and inform Nigerians of the facts of the matter. A search warrant duly obtained from court of competent jurisdiction was professionally executed in the house of Senator Danujma Goje on 20th April, 2017 at No. 10 Haile Salasie Street, Asokoro District Abuja which was subsequent upon intelligence report at the disposal of the Force that large sum of money suspected to be stolen public funds and other incriminating items are about to be moved out of the said house.

4. It is worthy of note that on arrival of the Police team to Senator Danujma Goje’s house, the house keeper Ango Usman informed the Senator of the presence and mission of the team and he promised coming but later switched off his phone.

5. The search warrant was successfully executed in the presence of three (3) close relatives of Senator Danjuma Goje who are residing in the house and the recoveries were made in their presence. The three (3) relatives listed below opened the house and took the Police team round the building, and endorsed their signatures after the completion of the search as required by the procedure of law on search warrant which contained the money, documents and Laptop recovered, and none of the items include 2017 budget document. This is available for inspection by any interested members of the public

6. For avoidance of doubt, the followings are the sum of money both in local and foreign currencies, vital documents and a Laptop recovered for investigation when the search warrant was executed in the house of Senator Danjuma Goje
i. Cash sum of Eighteen Million and Fifty Six Thousand Naira (₦18,056,000) only
ii. Cash sum of Nineteen Thousand Eight Hundred and Fifty (19,850 US Dollars).
iii. Cash sum of Nine Thousand Four Hundred (SR9, 400) Saudi Riyal
iv. Thirty Eight (38) Files and Six (6) Envelopes containing documents, some of which are listed below
a. File on funds spent on security administration and information gathering– a-g – 2009
b. File on release of funds for Special operations a- f – 2009
c. File on Gombe State Government of Nigeria Cash inflow 2005
d. File on Project 2007 – Executive Briefs on how to fight opposition in Gombe State – Strategies and Tactics
e. Envelopes containing permit to operate as an Oil Industry Service Company (special categories) 2011
f. A File containing write-ups on how Governor Shekarau plotted the assassination of Sheikh Jafaru

Two years on, the corrupt Nigerian Police Force in connivance with the political authorities in Abuja and Kano has deliberately refused to release even the preliminary report about who actually plotted the politically motivated assassination of one of Nigerian’s foremost and respected Islamic Scholar, late Sheikh Ja’afar Mahmud Adam. The Islamic scholar was murdered while leading the Subhi prayers in his Kano residential Mosque on Friday April 13, 2007. We can authoritatively reveal that the former administration of Chief Olusegun Obasanjo under the then Inspector General of Police Mr. Sunday Ehindero, the Kano State Emirate Council under His Royal Highness Alhaji Ado Bayero and indeed the Kano State Government knows why Sheikh Ja’afar Mahmud Adam was assassinated in cold-blood and indeed the sponsor of this dastardly assassination.

We can authoritatively reveal that the former administration of Chief Olusegun Obasanjo under the then Inspector General of Police Mr. Sunday Ehindero, the Kano State Emirate Council under His Royal Highness Alhaji Ado Bayero and indeed the Kano State Government knows why Sheikh Ja’afar Mahmud Adam was assassinated in cold-blood and indeed the sponsor of this dastardly assassination. 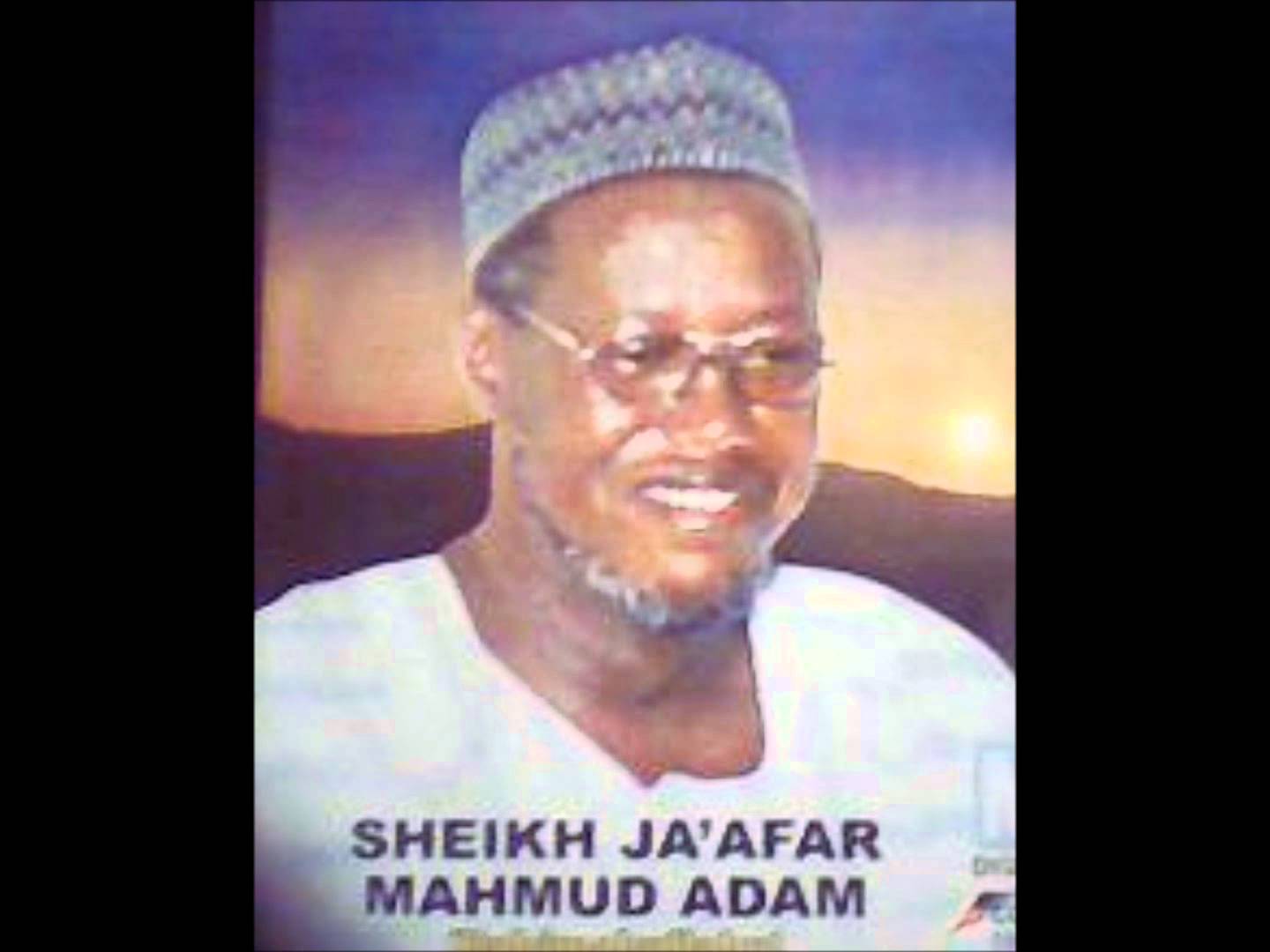 We can confirm from the overwhelming evidence gathered during the period under review that the Kano State Governor, Mallam Ibrahim Shekarau, who is supposedly an advocate of the Sharia implementation through an expensive programme called A Daidaita Sahu and the creation of the Hisbah group through which billions of naira in Kano State wealth was wasted and siphoned, was the one that plotted and sponsored the cold-blooded assassination of the late Islamic Cleric. It has become clear that prior to the April 2007 gubernatorial election which saw Governor Shekarau in a desperate and frantic effort to return as governor for the second time by all means, the late Sheikh Ja’afar had become one of the most visible threat capable of making it impossible for Mallam Shekaru to get re-elected. Considering the late cleric’s large followership, his authority and the influence he commands in Kano State and beyond, Shekarau realized that his disagreement with Sheikh Ja’afar may cause him his ambition to rule Kano State beyond 2007 and therefore the need to plot a permanent solution against the cleric became inevitable. That was how the plot to eliminate Sheikh Ja’afar from the face of the earth was conceived, orchestrated and executed.

7. The Nigeria Police Force wishes to state categorically that there was no single document relating to 2017 budget sighted or removed by the Police team that executed the search warrant. There is video recording of the execution of the search warrant.

8. The Inspector General of Police honoured the invitation of the National Assembly on 26th April, 2017 to explain the legality of the search warrant that was executed in the house of Senator Danjuma Goje on the 20th of April, 2017.

9. Further investigation is currently ongoing into the matter. Police actions are in line with the provisions of Sec. 4 & 28 of Police Act and Regulations as mentioned in paragraph 2 above and consistent with Sec. 9 & 144 of the Administration of Criminal Justice Act 2015.

10. The Nigeria Police Force sees the report in the media credited to Senator Danjuma Goje as a deliberate distraction to cast aspersion on Police investigation to pervert the end of justice.

11. Members of the public are hereby implored to disregards the report as the search warrant which was professionally executed in the house of Senator Danjuma Goje has nothing to do with 2017 budget.