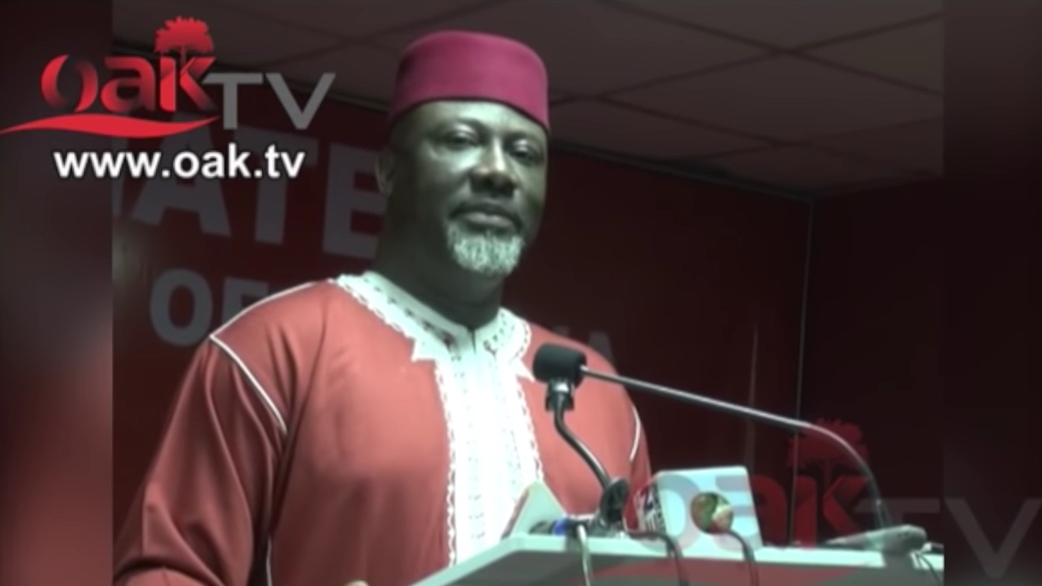 – ABU said it only offers B.Sc. Geography and not B.A. Geography as reflected on Melaye’s statement of results

The qualification scandal that has enveloped the senator representing Kogi West Senatorial District at the upper chamber of the National Assembly, Dino Melaye, has deepened.

Punch reports that documents it obtained through painstaking and thorough investigations showed that the embattled senator has a Bachelor of Arts certificate in Geography from the Ahmadu Bello University, Zaria, Kaduna state.

The senator, apart from bagging a third class, also possesses a diploma certificate from the University of Jos.

NAIJ.com reported that Melaye’s trouble began on Monday, March 20, 2017 when an online news medium, Sahara Reporters, in a tweet alleged that the senator did not graduate from ABU for his first degree, against his claim that he studied Geography in the prestigious institution.

The news medium also alleged that Melaye, who is the Chairman, Senate Committee on Federal Capital Territory, bribed his Head of Department, who assisted him to forge his transcript.

In a series of tweets via its Twitter handle, @SaharaReporters, the online news medium said some lecturers in the Geography Department insisted that Melaye did not graduate from the department and that his name was not on the graduation list because he failed five compulsory courses. 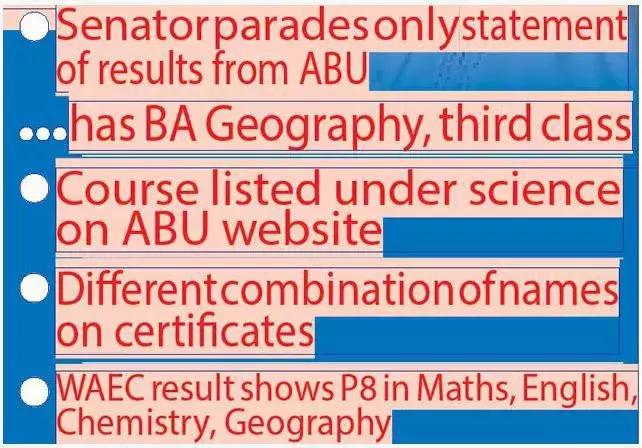 Following the report, which gained traction speedily, Melaye dismissed the allegations, daring the news medium to sue him if it had authentic evidence to back its claims.

He took to his twitter handle and wrote, “SaharaReporters, please sue me and ABU if it is true that I did not graduate from Zaria. Tell Magu (EFCC Chairman) to arrest and prosecute me.”

Melaye also boasted that he was currently a student in ABU pursuing his seventh degree, adding, “Go round all the UNIS (universities) I attended in digging more.”

A day after the news broke, Melaye, while speaking on the floor of the Senate, also addressed himself as an “authentic graduate” of ABU.

Meanwhile, Punch said that when it contacted ABU to verify the conflicting information, the institution’s Information Officer, Adamu Mohammed, promised that the institution would come out with its position on Wednesday March 22, which it failed to do as of the time of filing this report.

Amid the controversy, documents obtained by Saturday Punch revealed that the senator had a statement of results with the logo of ABU.

The statement of results read: “This is to certify that Daniel Jonah Melaye having completed an approved course of study and passed the prescribed examinations as, under the authority of the Senate been awarded the Bachelor of Arts (Geography) with Third Class honours.”

The statement, issued by the Office of the Registrar, Academic Office and dated February 3, 2000, was signed by B.B. Mshelthlila.

There are, however, certain discrepancies that beg for more clarifications. For instance, in the statement of results, his name was given as “Daniel Jonah MELAYE.” However, checks by one of our correspondents on https://abu.edu.ng/ revealed that Geography is in the Faculty of Science and not the Faculty of Arts as reflected in the statement of results. 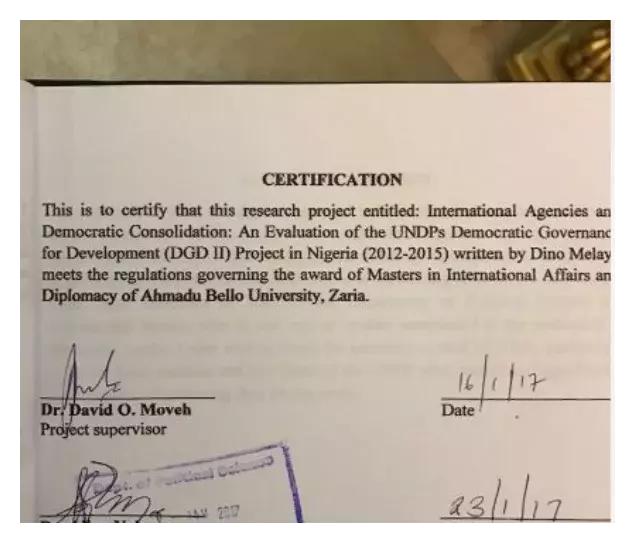 Also, in the senator’s NYSC discharge certificate, which was issued on July 8, 2001, his name read “Melaye Daniel” and not Daniel Jonah as shown in the statement of results.

Also, in the diploma certificate issued to him by the University of Jos on August 3, 2006, his name read “Daniel Dino Melaye.”

He was issued an Advanced Diploma certificate in Law, Security and Conflict Resolution. He finished with ‘Lower Credit’ on August 3, 2006.

However, in his Senior School Certificate in 1992, his name read ‘Melaiye Daniel Jonah O.’ with Melaye being wrongly spelt.