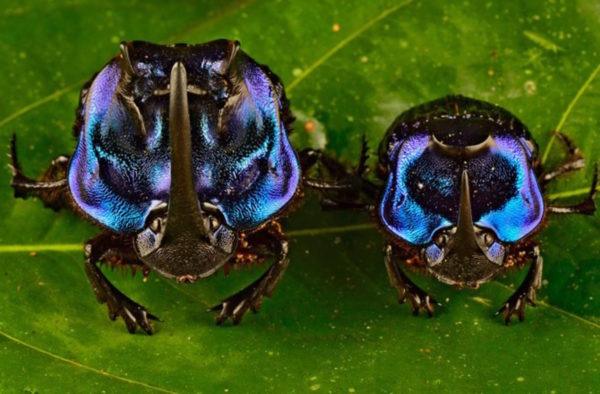 Imagine that you set out on a journey through our Solar System. During this journey, you will come across planets with freezing cold or scorching hot temperatures, with atmospheres comprising of toxic gases, with severe storms raging on their surfaces, or without any water at all.  Only the ‘blue planet’ Earth that we live on was created in a way that is fully hospitable for life with all sorts of ideal balances it maintains, from its atmosphere to its landforms, from its temperature to its magnetic field, from the elements it contains to its distance from the Sun.

One of the primary reasons why the Earth is suitable for life is the amount of water it has. The majority of the earth, about 70%, is covered with water. These waters are home to millions of life forms with distinct colors, biological systems, and fascinating hunting and defense tactics. In fact, if we are to give a percentage, 90% of all living species on Earth live in these waters. The discoveries of new species in life forms increase with each passing day through the researches made possible due to the developing technology.

According to the latest research featured by the December 2016 issue of Scientific Reports journal, six new living species have been discovered in the Indian Ocean near the hydrothermal vents three kilometers below the ocean surface. Researches announced that the newly found species were discovered as a result of a survey carried out via remotely controlled underwater robots that could reach the ocean floor. And the newly discovered marine life forms were stated to be the members of the gastropod snail, a deep-sea worm, limpet, Hoff crab and scale worm species.

Leading researches in Southampton University, Britain, Dr. Jon Copley and his team explored an area roughly the size of a football stadium on the ocean floor that contains more than a dozen mineral spires. An examination of these spires, also known as hydrothermal vent chimneys, revealed that they are quite rich in copper and gold, and that they can be utilized for undersea mining in the future. It was also stated that these spires are home to many marine species, and that these species are nourished by hot fluids gushing out of the vent chimneys.

Deep-sea creatures, without question, comprise only a part of all living species; the estimations regarding the total number of living species on Earth reach as high as 100 million. Professor Edward O. Wilson from Harvard University writes in his book In Search of Nature the following facts about diversity of living species:

Consider first the question of the amount of biodiversity. The number of species of organisms on Earth is unknown to the nearest order of magnitude. About 1.5 million species have been given names to date, but the actual number is likely to lie somewhere between 10 and 100 million…

With the verse, “… And He creates other things you do not know” (Surat an-Nahl, 8) Almighty God informs us in our Holy Book, the Qur’an, about the diversity of living beings He created. The fact that, despite our highly advanced technology, only 1.5 million species have been so far identified among the 100 million living species is one of the proofs that there are many life forms that ‘we do not know’ about, as God states in the verse, living on Earth. From the vastly deep locations in oceans where sunlight cannot penetrate, to the summits of polar mountains, countless creatures inhabit everywhere on Earth. Developing technology falls short in identifying all the life forms created by God. Every creature is an unparalleled and flawless manifestation of God’s infinite knowledge. God reveals the following in the Qur’an:

In the heavens and earth there are certainly Signs for the believers. And in your creation and all the creatures He has spread about there are Signs for people with certainty. (Surat al-Jathiyya, 3-4)