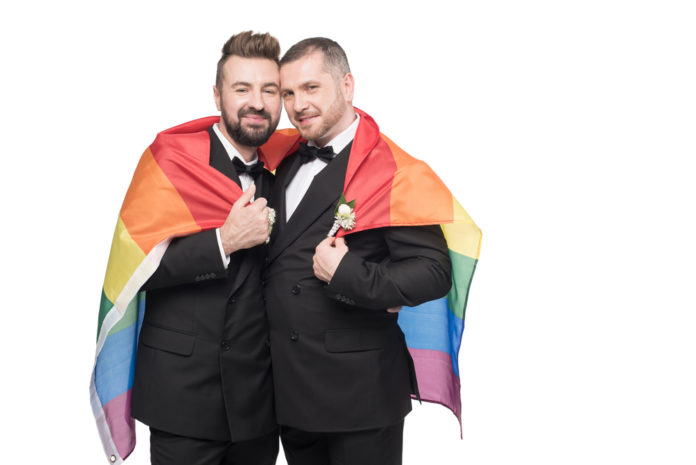 Zoophiles believe it’s acceptable to be intimate with an animal, and want the LGTBQ+ movement to add a Z to its name. RT spoke to one about their secret world, and with members of the ‘furry’ and ‘therian’ communities.

But one group not welcome, for the most part, is the zoophile community. In a nutshell, this comprises people who have a sexual attraction to animals, although this may not always necessarily be acted upon.

Zoophila is not a sexuality, it's a crime #pride

This exclusion has caused the zoophile community to hold its own Pride celebration, which this year is from July 1 to July 7.

There are also two other related animal-loving identities, those who consider themselves therians or furries. The former are people who feel they have a non-human element, spiritually or psychologically, while the latter have an adoration of only certain animals.

There is a degree of overlap between both groups, and some wear animal suits and masks to celebrate their identity, although to make the situation even more complicated, some therians and furries are also zoophiles.

Many from the three communities shun publicity due to the automatic assumption from outsiders that they enjoy sex with animals.

Those who do engage in sexual intimacy could face criminal charges or violent reprisals from the public should their identities be revealed. Some contemplate suicide or have even killed themselves due to the stress of being relentlessly harassed.

However, one figure in the zoophile community did agree to speak to RT. Toggle is from Pennsylvania, and wanted to put on record that he was contributing only  because of his dissatisfaction at how zoophiles are

ITS PRIDE MONTH!! ????????????
So proud to be an openly bisexual woman!! 😀
Remember, LOVE IS LOVE!!
(Unless if you are for incest, pedophila, zoophila, super straight, y’all can leave lol) pic.twitter.com/A0aFvRtpVT

Toggle said, “Zoophiles are quintessentially queer. But if you think Pride is a social event that you can be uninvited from, you misunderstand it on a fundamental level. Pride is a protest. Pride is about defiance against a society that doesn’t want you to exist.

“Some people may have forgotten that, but I haven’t. So, people can say things on Twitter like, ‘Zoophiles aren’t welcome at Pride’, but they can’t stop us from participating. Pride isn’t something other people can take away from you unless you let them.”

Toggle is attracted to male dogs, boars, stallions, and mares, although he is not ‘zoo-exclusive’, and is also attracted to humans.

“This is why many zoophiles spend time engaged in animal rights activism and orient their lives around working with animals. We love them, and we want to enrich their lives.”

The major reason so many are adamant they don’t want zoophiles at Pride concerns the issue of consent. Some think it’s equivalent to child abuse, where dominance is imposed on a weaker party.

But Toggle countered, “Consent is incredibly important to us ‘zoos’ – more so to us than to non-zoos, who, I think it’s fair to say, have rarely ever considered whether or not animals consent to anything they put them through day to day.

“The zoos I know value autonomy for their animal partners. We give them the freedom to make their own choices whenever possible, and we respect those choices. For most people who raise the alarm about consent, it’s merely a diversion from their actual objection: disgust. And considering that the same people who scream that animals can’t consent also send us pictures of horse meat and videos of dogs being murdered with shovels in order to mock us and break our spirit, I’d say that it’s never actually about concern for animal welfare.” However, Toggle did not explain how it was understood that consent had been granted, or how that is even possible.