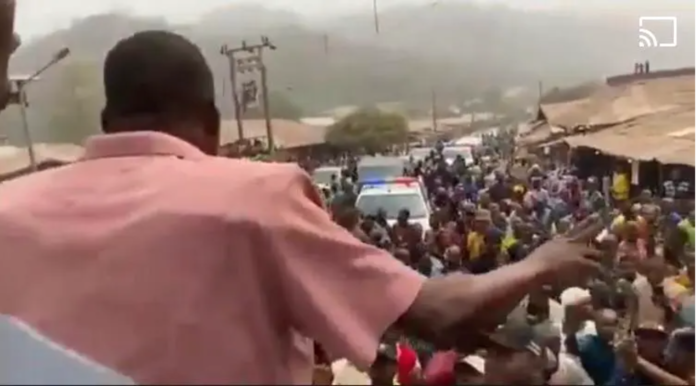 Recall that armed state secret service agents invaded Sunday Igboho’s soka home in Ibadan to arrest him in the early hours of Thursday, an incident that led to two people losing their lives and property worth millions destroyed but he was said to have escaped the onslaught by the SSS by a whisker.

But on Friday night, after series of condemnations from notable Nigerians on the invasion of igboho’s home, reports from some sections of the media suggest that he has finally been arrested at Sat Guru Maharaji where he purportedly fled to after his home came under DSS attack.

But in a swift reaction, Igboho in an audio voice message sent to vanguard’s digital team confirmed that he hasn’t been arrested neither is he hiding at sat Guru Maharaji’s abode.