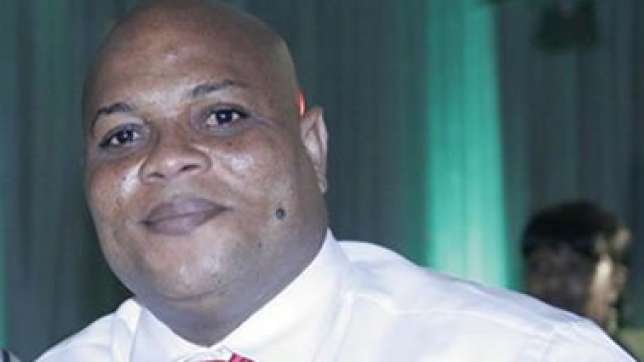 According to FrontPage Africa, the last acts of Patrick Sawyer, the Ebola infected Liberian who died in Lagos, might have resulted in the transfer of the virus to innocent health workers.

Mr. Sawyer is said to have had an “indiscipline” encounter with nurses and health workers at the First Consultants Hospital inObalende where he was being treated.

According to the report, Mr. Sawyer was asked if he had come into contact with anyone who had the virus but he answered in the negative.

Doctors at the hospital decided to test him anyway and when they told him he had Ebola, he allegedly went into a rage and urinated on the health workers attending to him.

“…Upon being told he had Ebola, Mr. Sawyer went into a rage, denying and objecting to the opinion of the medical experts. “He was so adamant and difficult that he took the tubes from his body and took off his pants and urinated on the health workers, forcing them to flee.”

The hospital would later report that it resisted immense pressure to let out Sawyer from its hospital against the insistence from some higher-ups and conference organizers that he had a key role to play at the ECOWAS convention in Calabar, the Cross River State capital.

In fact, FrontPageAfrica has been informed that officials in Monrovia were in negotiations with ECOWAS to have Sawyer flown back to Liberia.

A text message in possession of FrontPageAfrica from the ECOWAS Ambassador in Liberia, responding to a senior GoL official reads: Your Excellency, the disease control department of the Federal Ministry of Health just contacted me through the hospital now, insisting that Mr. Sawyer be evacuated for now. Pls advise urgently.”

FrontPageAfrica has now learnt that Sawyer exhibited similar indiscipline behavior during his sister’s stay at the Catholic Hospital in Monrovia where she was taken because he noticed she was bleeding profusely and was later found to be a victim of Ebola.

Sawyer was seen with blood on his clothing after his sister’s death and had earlier demanded that she be placed in a private room.

President Ellen Johnson-Sirleaf cited indiscipline and disrespect as a key reason why Sawyer contracted the Ebola virus. She said his failure to heed medical advice put the lives of other residents across the nation’s border at risk.

As one of the nurses who treated Sawyer died today, fears are currently being fanned in the country with some people suggesting that he might have knowingly spread the disease.

The Nigerian Minister of Health, Onyebuchi Chukwu has confirmed 7 cases of the disease and has assured that urgent measures are being put in place to ensure that the virus does not spread further.

There was gloom at the secretariat of the Nigerian Medical Association,Lagos State chapter when the association’s Chairman, Dr. Tope Ojo, disclosed that the matron of the hospital where the Liberian-born American, Patrick Sawyer, was admitted for treatment was showing symptoms of Ebola virus.

The matron is one of the health workers at the Obalende, Lagos hospital who attended to Sawyer before he died of the disease (Ebola) on July 25..

May Late Patrick Sawyer never find peace anywhere he is. Though I have respect for the dead but Patrick’s behaviour prior to his death was appalling.7th of July,he lost his sister Princess to Ebola. Records have it that when Princess was ill,all attempts to restrain Patrick from going too close to her in other for him not to contract the disease was to no avail. When he took ill as he got to Nigeria,this innocent doctor and her medical staffs conducted Malaria and HIV test on him,both came out negative. Being a Liberian, Patrick was asked if he had had any contact with Ebola patient, the pig lied and said NO. This Dr wasn’t convinced. Ebola test was conducted and it came out Positive. But many hours before the test could come out, these medical staffs already had contact. If he had been plain with his answer, they would have been cautious. In hospital bed, Patrick was told of his test result, he refuted it, telling the medical staffs to let him go. Seeing that this doctor was adamant on having him quarantined, out of rage, Patrick brought out his penis and attempted to piss on the Dr and the nurses, causing them to flee, then Patrick turned his urine on the floor, table. Patrick’s cremated ash should be seized and used for laboratorial experiments for putting the lives of these innocent medical practitioners on the line and our contacts with these good for nothing poor neighbours must be put on hold for now. Afterall what are we gaining from doing business with 3 countries(all together) with less GDP than Edo state?http://www.punchng.com/news/lagos-female-doctor-contracts-ebola-virus.