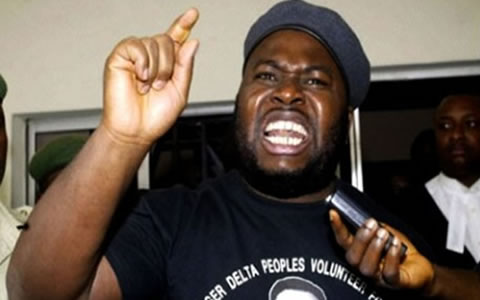 In a separate incident, three of the suspects being held over the murder of 11 policemen on escort duties in Azuzuama community reportedly escaped from police custody.

In a press statement issued Thursday by the Bayelsa Police Command, it was disclosed that the convoy of the state’s police chief was attacked as Mr. Ebitituwa was on a familiarization tour of police formations within his command.

Signed by the command’s public relations officer, Alex Akhigbe, the statement disclosed that the commissioner visited Oporoma, Korokoresei and Olugboiri in southern Ijaw council areas of Bayelsa to assess the crime situation.

On April 6, 2013, armed attackers killed 11 out of 50 policemen on escort duties in the southern Ijaw waterways.

On his recent resumption of duty as police commissioner in Bayelsa State, Mr. Ebitituwa had vowed to find and prosecute those who ambushed and murdered the 11 police officers.

Today’s police statement revealed: “Gunboats deployed to beef up security in Twon Brass, Akassa, Oporoma/Oyoma and southern Ijaw LGA in particular were attacked between Oporoma/Oyoma waterways on Tuesday 16th July at about 19.30 hrs by a boat with about 10 armed men.

“The armed men are believed to be notorious sea pirates who have been terrorizing residents along our water ways. In the gun battle that ensued some of the pirates were feared dead, others jumped into the water while their boat was sunk.”

Mr. Akhigbe added: “What would have turned out to be another calamity was averted due to the alertness of the patrol team, and the preparedness of the Bayelsa Police Command to deal with acts of criminality, sea piracy, armed robbery and other crimes in the state.”

The police command paraded the 14 suspects before reporters. However, a police source told SaharaReporters that the exhibition of the suspects was a ploy to divert attention from the dramatic escape of three suspected killers of the policemen.