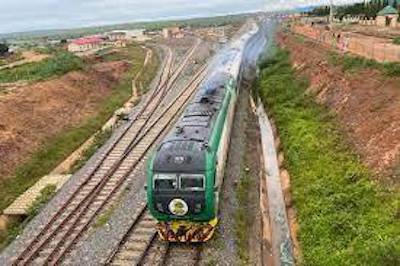 A former Nigerian senator and social commentator, Shehu Sani, has revealed that the terrorists who bombed the Abuja-Kaduna train and attacked passengers particularly targeted the Business Class Coach where they also abducted a “white man.”

Sani on Twitter revealed that the terrorists killed a lot of passengers who resisted the abduction.

He said, “I just spoke with a survivor who is a civil servant working with a public Library,She narrated that the terrorists specifically targeted the Business Class coach.They kidnapped some persons including a “white man” & killed those who resisted while she pretended to be dead.”

SaharaReporters earlier reported that a former Deputy Governor of Zamfara State, Malam Ibrahim Wakkala, was among the Abuja-Kaduna train passengers who was shot by terrorists on Monday evening.

With a sad heart we announce a dear departed colleague shot in the Kaduna abuja trian bombing and terrorist attack Dr chinelo who was working in St Gerald Kaduna, had resigned and billed to leave this country on Friday but unfortunately died , she had tweeted about been shot and asked for prayers and had vile remarks hurled at her instead , she must have passed on reading comments like are you dead yet, etc.
Where has the milk of kindness humanity gone , we need to be more sensitive in social spaces as its now more of our emergency helplines.
May Chinelo soul and all that lost their lives in this horrifying incident rest in peace and may God comfort their families.

SaharaReporters learnt that Wakkala was shot on the leg and currently hospitalised.

Sources also confirmed to SaharaReporters that out of 15 patients brought to St. Gerald’s Catholic Hospital in Kaduna, two had been confirmed dead, including a lady medical doctor with the hospital.

“A former Deputy Governor of Zamfara Malam Ibrahim Wakkala was equally shot on the leg. Out of 15 patients brought to St. Gerald’s Catholic Hospital, two are dead including a lady medical Doctor with St Gerald.

“Two females moved to 44 Reference Hospital because of bullet wounds; they could not be treated at St Gerald’s,” the source said.

SaharaReporters on Monday night also reported that Muhammad Amin Mahmood, an aspirant in the just-concluded National Convention of the All Progressives Congress (APC) for the Northwest Zonal Youth Leadership, was shot during the attack on Monday.

SaharaReporters learnt the politician was on board the train and was one of those shot during the train ride which was heading to Kaduna from Abuja.

However, as of the time of filing this report, it was not clear how critical his injuries were or if he would survive.

SaharaReporters had reported that two cleaners and workers of the attacked Abuja-Kaduna train identified as Loretta and Abdul were confirmed dead.

There are at least 970 passengers on board the train, according to official sources familiar with the train service.