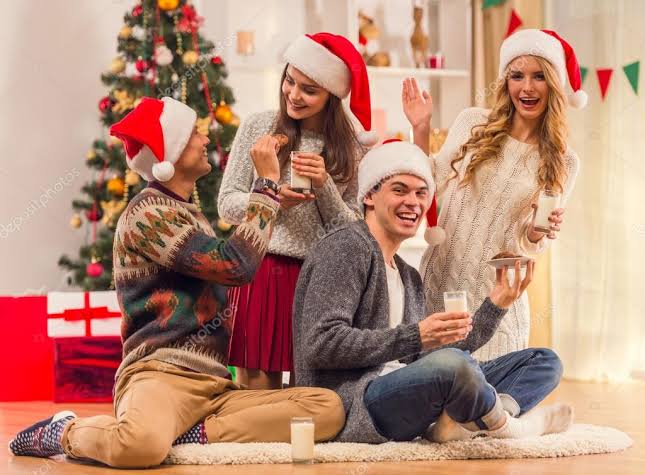 A South Carolina guy who was intoxicated was seen on camera robbing a Greenville eatery of a Santa statue. The Christmas thief, however, had a revelation that brought back the holiday spirit.

On December 11, a man was caught on camera robbing a Santa Claus statue from the sidewalk in front of the Bonjour Main restaurant in downtown Greenville.

Reporter Henry Coburn of WSPA-TV was reporting the story and speaking with Mayra Gallo, the proprietor of the eatery. He’s sitting right up there, the owner stopped the interview.

In an effort to make amends for robbing the Santa statue, the man, who gave his name as Melvin, offered the owner 12 roses.

Gallo begged Melvin to be honest in a TV interview with Coburn in exchange for Gallo accepting his apology. As long as Melvin’s apology was sincere, the owner agreed not to file charges.

Melvin declared, “I apologize. I’m very sorry. I’m sorry, but I promise to do better even though I know it doesn’t help.”

Melvin “appeared both nervous and extremely humiliated,” according to the report by Ad Coburn.

The Kris Kringle burglar stated that on the night of the heist, he had been drinking alcohol to celebrate a friend’s birthday. He acknowledged that he could have consumed a couple too many alcoholic beverages.

He acknowledged, “Was simply not thinking. I thought, “That’s cool. I wish I had it.”

Tweeted Ad Coburn, “Report.” “He said that he brought it back less than 24 hours later (perhaps more sober). He claims that he felt awful, tried to make amends, and of course wanted to stay clear of legal trouble.”

Melvin pleaded, “I’ll do everything I can to make everything right, pay for any damages, fix anything I can, and work for free.” I’ll essentially do whatever to make this circumstance go away in a good way.

Gallo accepted Melvin’s invitation to assist around the restaurant. She said that her decision to drop the case was a Christmas present for Melvin.

The theft of the Santa Claus statue ultimately has a happy Christmas ending.