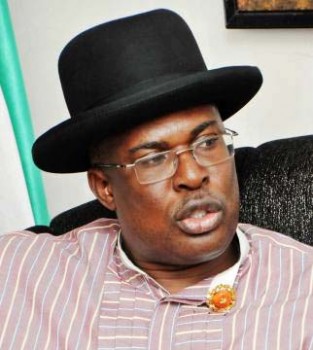 The Economic and Financial Crimes Commission on Friday filed fresh charges of corruption against a former governor of Bayelsa State, Timipre Sylva, at a Federal High Court in Abuja.

Mr. Sylva is being charged alongside three others – Francis Okokuro, Gbenga Balogun, and Samuel Ogbuku – for allegedly using three companies, Marlin Maritime Limited, Eat Catering Services Limited, and Haloween-Blue Construction and Logistics Limited to move about N19.2 billion from Bayelsa State coffers between 2009 and 2012, under false of using the withdrawn money to augment salaries of the state government workers.

The EFCC spokesperson, Wilson Uwujaren, said the agency awaits the assignment of the case by the court in order to pave way for the arraignment of Mr. Sylva and the other accused.

The commission’s 42-count charge of stealing against the ex-governor was dismissed by the court on Wednesday.

The court had accused the EFCC of abusing court process.

The court’s decision came more than a week after the anti-graft agency withdrew part of the charges – a N2 billion fraud case – against the former governor.

The EFCC said it withdrew a six-count charge of fraud against Mr. Sylva as a prelude to the consolidation of all the charges against him.

The commission had two cases against the former governor pending before two Federal High Courts in Abuja, and needed to consolidate them, the EFCC had said.