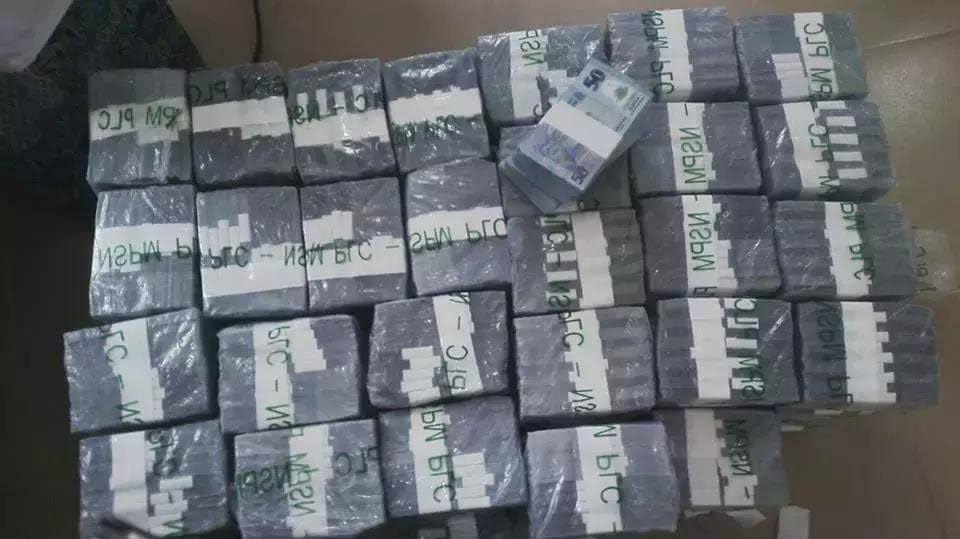 The anti-graft agency made the interception on Tuesday, March 14 at the airport.

Airport due to the repair work going on planned for six weeks.

Although the owner of the cash has not been named, there is suspicion that it is related to illegal activities considering the EFCC was involved and was on hand to intercept it perhaps based on intelligence report.

A few weeks ago, the EFCC recovered $9.8million in cash from a secret bunker owned by Dr. Andrew Yakubu who is a former Group Managing Director of the Nigerian National Petroleum Corporation.

According to a post the EFCC, the discovery was made on February 3 in a building belonging to Yakubu which is located in the slums of Sabon Tasha area of Kaduna.

The anti-graft agency the former NNPC GMD confessed that the money was his and that it was given to him by unnamed persons.

See photos of the money below: