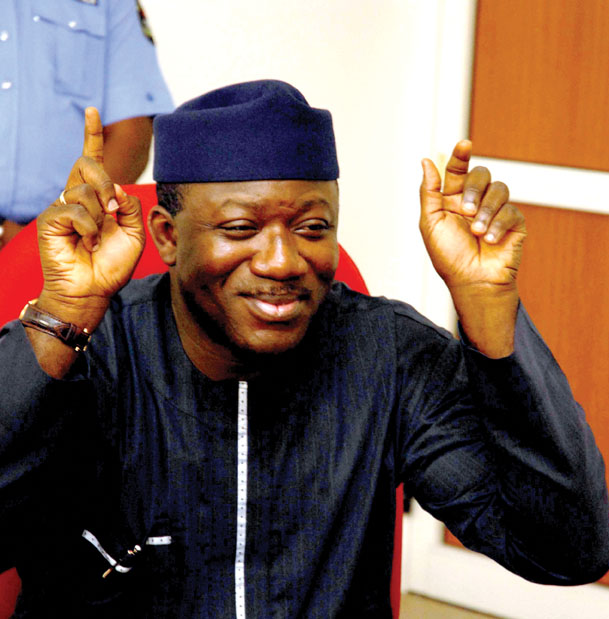 NewsRescue– In what is being seen by many as an act that violates the Nigerian constitutional right of freedom, and violates the basic tenets of humanity, the Ekiti government has begun rounding up so called lunatics and beggars from its streets for deportation.

They are being relocated, not to state welfare centers, as would be expected, but rather being kicked out of the state.

The beggars and lunatics were capable of being manipulated by evil mined people to perpetrate nefarious activities, and, this step was a way of securing the state and to prevent breach of security. Commissioner Olabode said the measure was also in line with the desire of the state government to make the streets of the state capital beautiful, adding that the beggars and sundry undesirable elements constitute nuisance.

The referral to fellow, though less privileged citizens, as ‘nuisances’ is sad, coming from a state paid official, Yomi, a young man from Ado Ekiti said.

In our article on the problem of ‘indigeneity’ and true Nigerianism, we highlighted this very critical problem, that first notably occurred when the Lagos state governor, Raji Fasola, carried out a similar shameful deportation.

When will Nigerians be accorded the full-fledged rights of citizens in their country, irrespective of whatever region of…

The deportation of Nigerian citizens even from neighboring countries is illegal according to the stipulations of ECOWAS, and the concept of internal deportations, brings the more serious concepts of ethnic displacement and the establishment of a war time environment to mind.

The so-called beggars and lunatics have first been taken to rehabilitation centres, including one at Odundun Street in Ado- Ekiti, pending their assessment and deportation.

National Mirror further revealed- Olabode said that after they must have been properly identified, those who were not from the state would be returned to their families for care and integration.

According to him, their removal was in line with the state government’s desire to make the streets of Ado-Ekiti beautiful.

The removal, which was supervised by the commissioner, began from Fajuyi Square through Okesa, Ojumose, Post Office and Ijigbo areas of the state capital.

According to sources, the beggars and others affected said they were not aware of radio and television announcements asking them to vacate the streets.