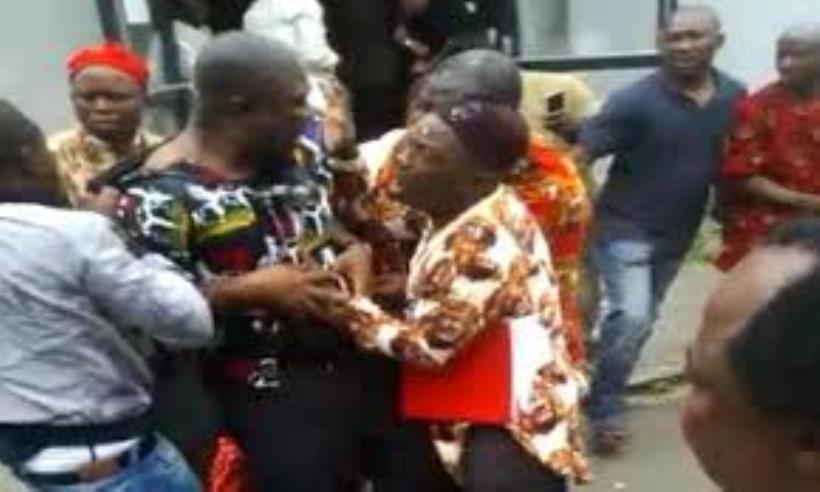 The lynching of Nigeria’s former deputy senate president Ike Ekweremadu by Nigerians in Germany may be the prelude and foreboding of a new day where the Nigerian erstwhile untouchable cabal and political class are “touched” and no longer welcome outside the shores of the country.

When considered alongside the recently imposed United States ban on the same political class and power player cabal for their democracy subverting actions during the recently concluded elections, it becomes evident that the larger world has rejected the recklessness, corruption and waste of life that the power holders of Nigeria embrace with government immunity.

Your immunity stops in Nigeria, appears to be the message from the United States government and those who dragged Ekweremadu.

“Nigerians are being killed, our life is valueless, we are being abducted by freely operating state protected terrorists and state officially terrorizing Security, or inSecurity agencies alike. We will not accept your types abroad,” was the message delivered to Ekweremadu.

Interestingly many of those who beat the senator up were people of his own ethnic group. The divide and conquer strategy learned from the colonialist that the Nigerian power class has for so long successfully used to abate revolution in Nigeria, appears to be wearing off and largely Nigeria limited.

While Nigerians at home are used to suffering and smiling, Nigerians abroad who donated over $100 thousand dollars to the presidential campaign of one of their own, Yele Sowore, now locked up by the same hopeless government in spotlight, are not taking the hardship sitting. Nigerians north and south have been killed and secretly buried en masse across the country.

From hundreds of minority shia Muslims massacred and secretly buried by the army and Kaduna state El-Rufai government in a mass grave in Mando cemetery one midnight of 2015, to dozens of Igbo youth massacred and secretly buried another midnight in a military grave yard in Onitsha, the atrocities performed and tolerated by the ruling class are widespread and sickening. The most horrible government-perpetrator crimes in the world today.

Yele Sowore himself in the past revolted against a Nigerian cabal from his ethnic group, then minister Ojo Maduekwe, while he was on visit to New York, in a viral 2012 video: https://www.youtube.com/watch?v=TlWvNoMcjkI

Protests Nigerians at home are unwilling or suppressed from having are common at Nigerian embassies, high commissions and events under the liberality of civil law enforcement abroad.

We hope no one gets hurt. The Nigerian cabal class should find hospitals and property in Nigeria to patronize till their permission to safely travel abroad is restored.