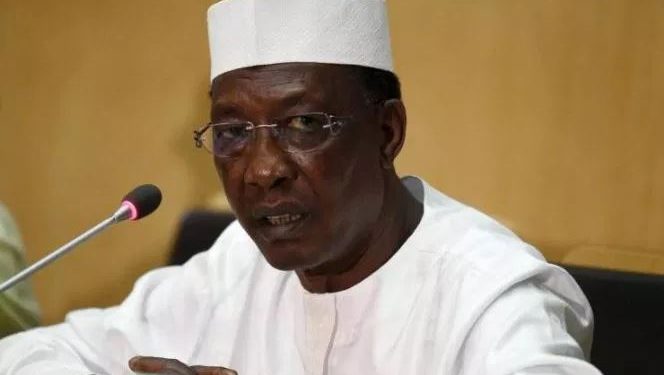 Chadian President Idriss Deby Itno gave the order to the country’s army, saying the move is to save what he described as “the majority.”

According to him, the army can shoot ten persons from each side- to save the majority.

He said if the army comes to the places where there is fighting between herdsmen and farmers, the army should assemble ten members of both the herdsmen and the farmers and shoot them dead.

Clashes between farmers and herdsmen this August left at least 50 dead.

But President Deby declared a state of emergency in two eastern provinces where the fighting is frequent as well as authorising summary shootings to “save the majority.”

According to him, “From now, we will deploy military forces who are going to ensure the security of the population in the region,” Deby said while on a trip to Sila.

“We must disarm all the civilians who have weapons in their hands,” he said.

“If there is still fighting between Arabs and Ouaddaians… you shoot ten from each side to save the majority. You have authorisation,” Deby said.

Meanwhile, there has been an upsurge in violence and influx of guns into the country lately but the president, in April, blamed the trend on neighbouring Libya, Central African Republic and Sudan.

But he said the government had created a special task force unit to disarm the people.

He however lamented that despite the ongoing disarmament, that the influx of weapons into the country has continued even on the higher level.

According to him, “The government has created special disarmament units. We take away the weapons, but the next day more arrive,” he said.

The president described the violence as a “national concern”, adding: “We are witnessing a terrible phenomenon.”

“Those with guns are not hesitating to shoot the police. We must wage a total war against those who carry weapons and are killing people,” he said at the time.