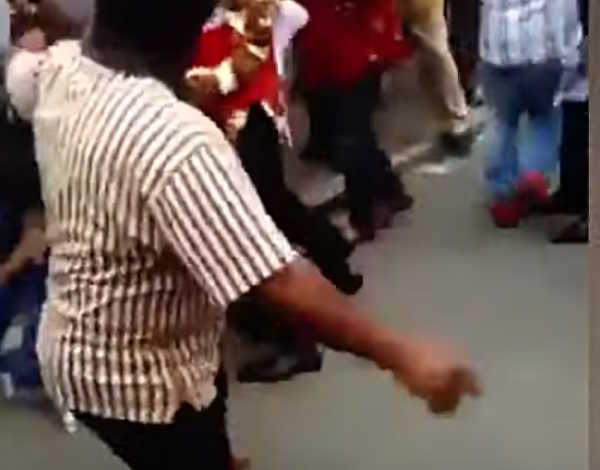 As he tried to enter an event they told him “we do not want you here.”

The Senator tried again to go in and he was beaten, dragged with his clothes being ripped. After he quickly made it for his vehicle which those gathered still stoned.

The mad youth yelled at him that they do not want him in Germany, and that does he not see how Nigerians are being killed and locked in prison.

There is increasing upset among Nigerians over the helpless hopelessness of the fourth republic. Lately “Revolution Now” protests have kicked up with the government locking up the angry protesters in attempt to suppress the protests.