Former President Olusegun Obasanjo is no doubt one of the most influential figures in Nigeria.

Last week, Adeyeye Ogunwunsi, the ooni of Ife, described Obasanjo as one of the most prominent black men on earth, disclosing that he knelt before the elder statesman for prayers during his journey to the palace.

However, a picture where Nasir el-Rufai, Kaduna state governor, knelt beside the indisputable kingmaker has gone viral on social media.

Obasanjo was in between el-Rufai and Akinwunmi Adesina, president of African Development  Bank (AFDB) and Nigeria’s immediate past minister of agriculture, at the second regional security summit in Abuja.

While Adesina sat comfortably placing his right hand on the Nigerian leader’s leg, el-Rufai, who served under Obasanjo as a minister, remained in that position, apparently paying keen attention to a conversation. 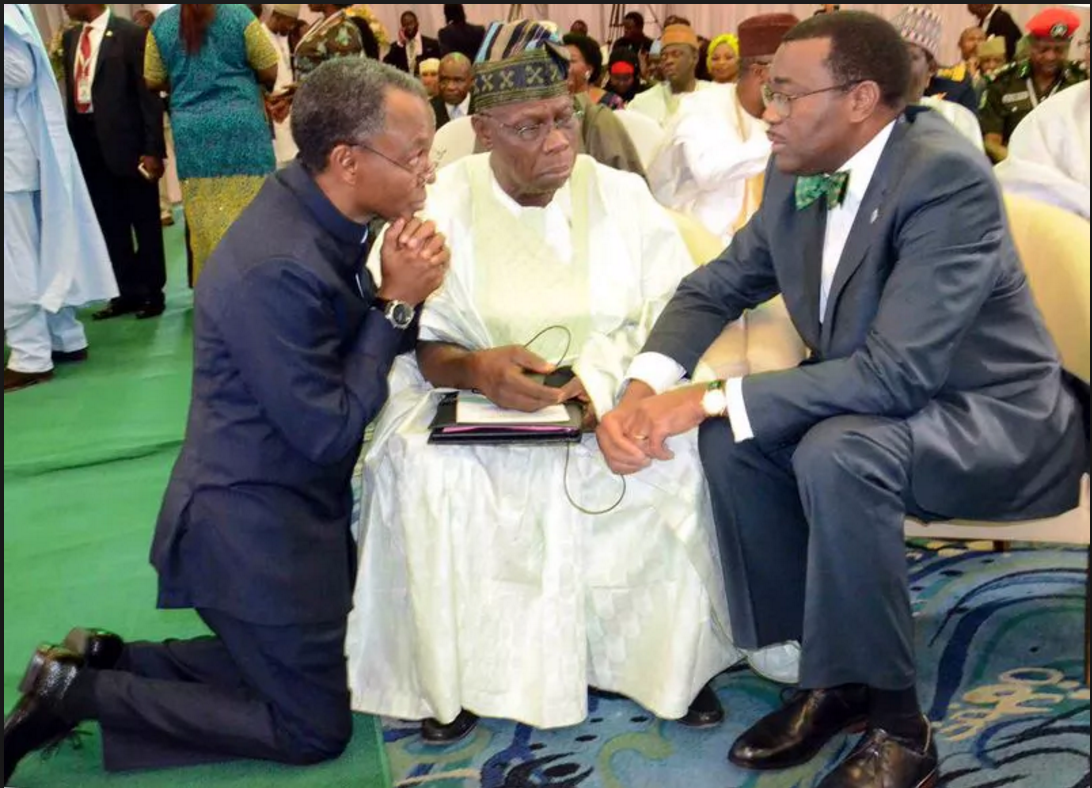