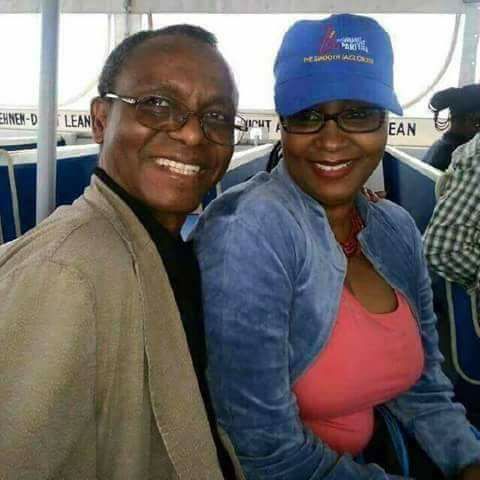 El-Rufai: Tell The Terrorists I Am Fulani Too And Give Them This Money

Nigeria has a problem: Kaduna. There is an administrator in Kaduna who is very very dangerous. He is a text book definition of an ethnic bigot, a tribalist and a religious sectarian radical. He also believes he is taller than the law and has little regard for Nigeria’s constitution and next to none for the people’s lives. This makes him a seriously dangerous threat to Nigeria.

Governor el-Rufai sent out a message to terrorist so-called herdsmen who have been killing across Kaduna’s south. Rather than a warning that they will be massacred en mass if and whenever they were seen bearing arms and headed to raid a community, el-Rufai sent them a plea and message of enticement. “Tell them the governor is Fulani like them and give them this money to stop it,” the governor of Kaduna directed. On bended knees, he sent his administrative terrorist beggars to neighboring countries to beg and bribe the terrorists there too.

This was a case of shocking insanity, a violation of Nigeria’s laws, a unilateral amnesty and clemency and a violation of Nigeria’s relationship with its neighbors and its role in the subregion. Intra-African laws and international laws were broken all over the place as bags of naira or dollars were transported across borders to pay off terrorists. Foreigners who benefit from Nigeria without paying taxes and without recognizing any Nigerian authorities, are now being paid for terrorizing Nigerian communities.

El-Rufai let it be known that he expects better trust or is available to rule better when the subjects are Fulani like him. Not only does he malign non Fulanis but he makes it hard for the next non-Fulani administrator to rule Kaduna state. That’s the ethnogingoist part.

@elrufai What happens to the hundreds of innocent souls killed by the Fulani’s? Is there no repayment?

@elrufai well the fulnais are paying them back mallam governor

While paying terrorists to stop killing as is known, enables more and new terror by encouraging others to kill to make money from the government, paying terrorists as el-Rufai just did, if at all, can only be ordained by an act of congress. El-Rufai acted above-the-law and violated Nigeria’s constitution by unilaterally deciding to grant clemency and compensatory amnesty to murderous terrorists.

Again, while governor el-Rufai has not compensated the victims, he has rather compensated his so-called Fulani killer brethren. This governor has turned justice on its head. Reno Omokri did justice to the possible and probable demonic proportions of religious bias and bigotry involved in the governor’s ways. Does the governor favor Fulani over Hausa? And maybe Wahhabi over Muslim, and Muslim over Chrstian in execution of his duties? Perhaps the governor’s actions and inactions can be traced to certain groups he feels close to. Perhaps his notable illegal demolitions since he entered office, done without court order can be traced to such lines, selectively targeting victims who are “not like him.” Lines that guide his massacres and bans, and beggings and bribes.

Indeed governor El-Rufai is a threat and risk not just to Kaduna but to Nigeria as a whole. He continues to make headlines for acts of extremist radicalism and fanatic tribalism. It’s the same governor who swept aside Nigeria’s constitutional guarantees of the freedom of religion and freedom of speech and assembly to clamp down on religious preaching in the state.

He is the same governor who promoted the Zaria massacre last year December and rushed to demolish IMN properties across the state and also secretly buried hundreds of Muslims in concert with the army under General Buratai. A person who can secretly bury hundreds of human beings in the middle of the night and who a year later has not exhumed their graves or considered reaching out to the victims’ families is as cold and dangerous as can be imagined. Nothing. Practically nothing is beyond governor Nasir el-Rufai.

The living are not safe from him, nor are the dead.