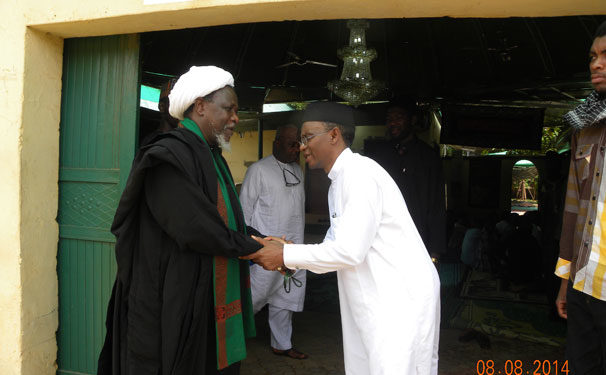 Kaduna —The Islamic Movement in Nigeria, IMN,  has told Governor Nasir el-Rufai of Kaduna State that unlike him, Sheikh Ibraheem El-Zakzaky can never escape from Nigeria for any reason.

Nig Chairman, Free El-Zakzaky Campaign Organisation of IMN,  Sheikh Abubakar, said their leader won’t flee the country for whatever reason like el-Rufai did under the late President Umaru Yar’Adua’s administration.

Abubakar was responding to the new conditions set by Kaduna State government before the leader of the IMN would be released from detention.

Although a Kaduna High Court had granted the IMN leader permission to travel to India for medical attention, the Kaduna State government set seven new conditions to be met before he could be allowed to travel. In an interview in Kaduna, Abubakar told el-Rufai not to use his standard to judge other people.

He said the new conditions being created by the Kaduna State government were afterthoughts that would not stand the test of time. He said:

“The issue is that the judge (Justice Darius Khobo) has already given an order and the Department of State Services, DSS, has already received the order and they will comply with the court order.

“We  see  no  reason Kaduna State government will now come up with other conditions. You can see that the state government wants to create confusion in the state and raise unnecessary tension. Their action is an afterthought. Nothing more, nothing less.

“All arrangements are on ground to ensure that he is flown to India where he will be going on medical vacation.”