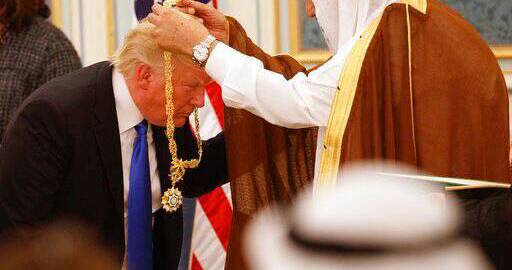 Once against heartfelt condolences from followers of Sheikh Ibraheem Zakzaky to the families of this terrorist attack.

We pray to God to heal the injured of the #ManchesterBombing. We strongly condemned all forms and guise of terrorism as it is absolute evil.

Sheikh #Zakzaky indoctrinated me with the proper concept of the importance of humanity and that Islam come to save lives, not destroy them.

It is important to note that people don’t just wake up and become suicide bombers. Suicide bombing is the end result of an evil process.

Suicide bombers are brainwashed idiots who think 72 virgins are waiting for them in Paradise after they slaughtered innocent people.

There is an ideology that inspired all murderous terrorism in the name of #Islam, #Wahhabism, which is sponsored by Saudi Arabia

British Winston Churchill who established Ale Saud rule in the Holy land of Hijaz acknowledged that Wahhabis are intolerant & bloodthirsty.

Friends will ask why is the West not opposed to #Wahhabism? The Saudi regime & Wahhabism are tools of Western imperialism for infiltration.