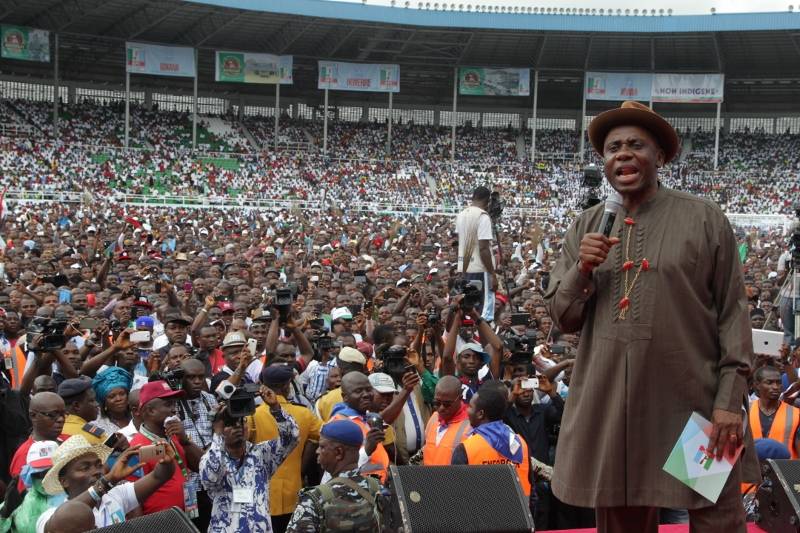 In an exclusive interview with SaharaTV, Rivers State Governor Rotimi Amaechi says that he believes that today’s presidential elections held in River State were irreparably compromised, and the results must be cancelled.

Amaechi, all All Progressives Congress (APC) leader, alleges that interference on the party of the ruling party, the Peoples Democratic Party (PDP), has adversely influenced the result of the contest. Claiming the PDP is working with officials and security agents to rig the contest by withholding result sheets, Amaechi says the results of the election today in Rivers cannot be trusted.

“The police [are] arresting everyone that is arrestable, the police carrying ballot boxes, they are also aiding PDP supporters,” Amaechi said.

He added all the election equipment and materials, especially result sheets, are in PDP agent hands. “I couldn’t vote. In the country, we’re doing very well. In Rivers State, we discovered that all the SPOs (supervising presiding officers) have stolen all the result sheets and disappeared. So we said that there will be no election until we see the result sheets.”

Amaechi claims he was accompanied by members of the press, for purposes of documenting the developments there. “I went with cameramen. I went with Channels, AIT and NTA. They did not see anywhere that we went to that you could identify that there were result sheets.”

Expressing his disappointment with INEC’s management of the electoral process in Rivers State, Amaechi also listed the names of officials he claims are working for the PDP, and how their affiliations ultimately jeopardize the contest. “Don’t forget that the INEC commissioner here was employed by the president,” he said. “So as far as she’s concerned, she says that there was an election and that all the result sheets are in the field.”

The two-term governor stated that voters in Rivers State should be calm, and not resort to violence. His statement comes as reports of violence grow, according to conversations with representatives from the CLEEN Foundation.

At the time of this report, yet another death was reported at a ward in Ogale, Eleme local government area in Rivers State. This joins a string of violent and criminal incidences that have characterized election day in the state.