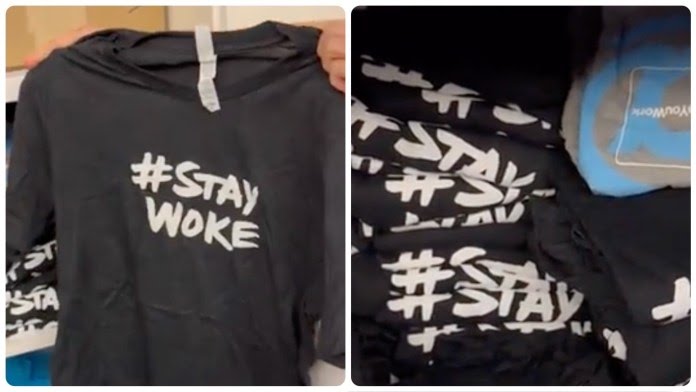 Twitter CEO Elon Musk revealed on Wednesday that the company’s headquarters in San Francisco had a closet full of “stay woke” T-shirts. The billionaire entrepreneur who took over Twitter last month used the microblogging platform to share a video of the Twitter headquarters’ cupboard, which featured black and blue T-shirts with the hashtag “#StayWoke” printed on them.

Musk can be heard speaking off camera as he inspects the T-shirts found in the closet in the 12-second video, which has been viewed over 6.8 million times in just a few hours.

“He, we’re at the merch, and there’s an entire closet full of # woke t-shirts,” he said.

In the video, another unidentified man briefly interjects, saying, “a secret closet.”

Users criticize Twitter’s leftwing bias after Musk reveals #StayWoke T-shirts discovered at headquarters.
James Wood, a political analyst, weighed in on Musk’s video. Wood slammed Twitter for being biased, writing, “These a-holes destroyed a presidential election by stifling half the country’s free speech.” May they all go bankrupt. The epitome of the ‘banality of evil.'”

Another Twitter user cited the organization when it dismissed allegations of Left-wing sympathies as a figment of right-wing extremist propaganda. “There was no ideological capture at all on Twitter.” That’s all made-up right-wing extremist propaganda,” the user tweeted, highlighting Twitter’s response to allegations of prejudice before Musk took over.

Twitter has long been regarded as a haven for woke activists who hold a ‘liberal’ worldview and support identity politics that resonate with the Democratic Party. Twitter’s prejudice is not limited to the United States. It was accused of meddling in local politics around the world by amplifying leftwing propaganda and suppressing dissenting views by the non-left. In India, Twitter was accused of arbitrarily suspending and shadow banning accounts that challenged the Left’s hegemony over online discourse, as well as arbitrarily labeling leftwing political parties.

Before completing his purchase of Twitter, Musk mocked the social media behemoth for being partisan in enforcing its rules and regulations, which were influenced by the political prejudices of its employees. He then promised to clean up the company’s biases and turn it into a free-speech digital town square.