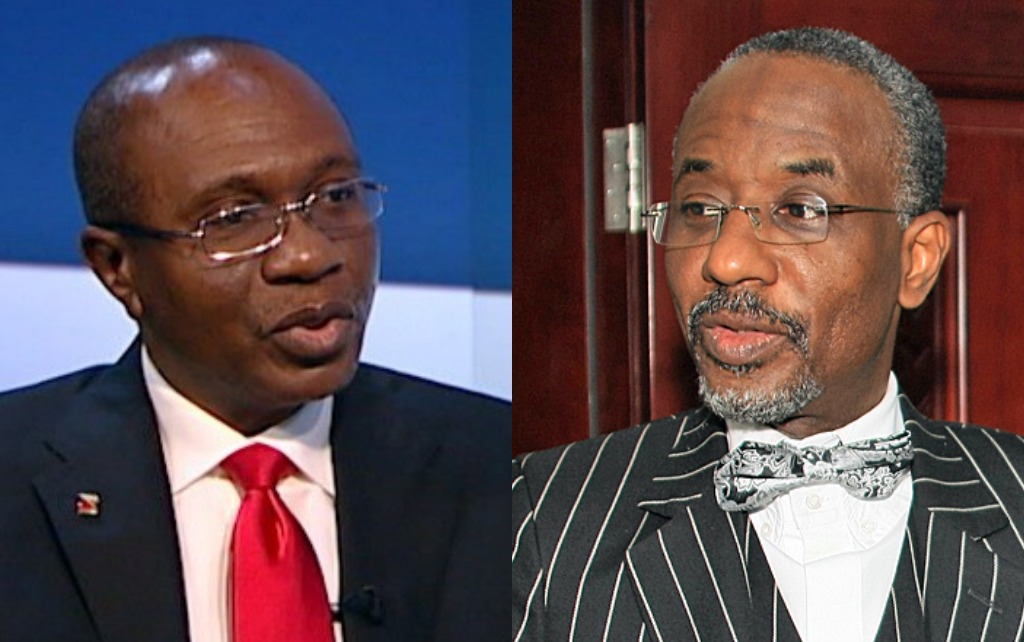 Every time the EFCC via Whistleblowers makes a find of another stash of billions of naira, Nigerians sigh, “Sanusi, Emefiele.” The latest find was an astonishing sum of some $43.4m, N23.2m and £27,800 in mint notes found in an Ikoyi apartment.

Out of the no less than the equivalent of 1 billion dollars, more like several billion, looted in this heist, much pops up comfortably sitting in accounts, while others pop up in mint notes of local and foreign currencies in homes. Two phony companies allegedly related to Niger state former PDP deputy governor contestant held a staggering 4 billion naira, the equivalent of 25 million dollars at the time it was looted.

The free flow of cash out of the central bank (CBN) and banks under its jurisdiction has been operated for years since Sanusi’s era as central bank governor and continued when he handed over to Godwin Elefiele. The EFCC has been investigating cases of the the bank-managed looting conspiracies since the beginning of the Jonathan administration.

The EFCC recently found N878,362,732.94 was found removed from accounts of the Nigerian Air Force and paid into the account of Rytebuilders Technologies Limited with Zenith Bank Plc for the construction of a Wuse II shopping mall owned by Alex Badeh, in contravention of Section 15(2) (d) of the Money Laundering (Prohibition) Act, 2011 (as amended) and punishable under Section 15 (3) of the same Act. Former CBN governor Sanusi Lamido Sanusi was monitoring this account at the time. He had implemented so-called checks in the system that made life unbearable for us small time businessmen. You could not lodge 10 million naira in an account without an alarm that went all the way up to the CBN, but all along the looting of billions of moneys meant for Nigeria’s poor, was going on with Sanusi overseeing.

President Buhari in his initial stages complained bitterly about this open looting of Nigeria’s central bank as overseen by its implicated co-conspirator managers. In a chat on video he vented anger over the fact that all it took was mere “notes from Jonathan” for the central bank vaults to be opened and bullion vans loaded with billions in hard currency and given to people.

“Technically, if you see the type of atrocities those people committed, I am very sorry to say this publicly, against the country; if they jump bail. If say the former president just wrote to the governor of the central bank and said ‘give forty billion naira,’ forty billion to so so so.” [https://www.youtube.com/watch?v=_TyHLwW7wxU]

So we know where this money being found came from!

It is important to note that this type of raw cash broad day light robbery cannot happen in any other civilized country with a central bank. Not in this modern era of electronic monitoring that we are so familiar with and that allowed Sanusi to initiate so many ponzi scheme-like “illegal” bank operated taxes on you and I (See: CBN: The Poverty In Sanusi Lamido Sanusi’s Legacy). The governors have checks that raise alarms once such figures are deposited or withdrawn from accounts. That these kept occurring and the accounts remained operational with fictitious companies holding billions of naira under the CBN’s watch indicates direct co-conspiracy to loot the nation of billions by the immediate and past apex bank managers.

The central bank governors as an independent arm of government, had the power to raise alarms against any Nigerian no matter how highly placed. We saw such alarms raised against the person of the president at a time, Goodluck Jonathan. Thus an excuse of these transactions being above their jurisdiction falls flat in its face. Godwin and Sanusi had(have) the power to close any account suspected to be involved in laundering Nigeria’s hard earned money. What some call the national cake but is indeed the paupers’ loaf….the monies looted that have kept Nigerians pathetically poor, landlocked north and coastal south.

Nigerians can no longer be kept as fools and thinking in isolation. The mere fact that in spite of all these recent discoveries of impossible-to-move figures of mint currency in traceable denominations has not triggered the immediate resignation and investigation of the current CBN governor and investigation of his predecessor, once again shows Buhari’s partial and debilitated war against corruption.

It is time to stop kidding us.