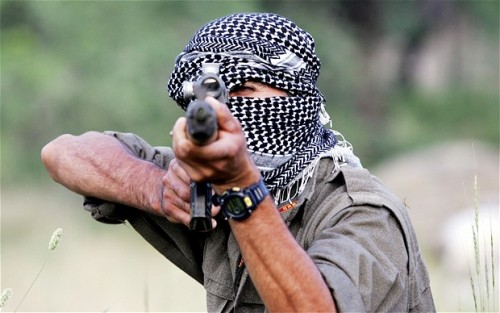 We have regularly described how during the process described as negotiations with the PKK, the organization has never abandoned its weapons at all, would grow stronger and re-arm and soon recommence its attacks, would cache arms in our cities, acquire more militants and establish dominance in the cities through a process of construction. The fact that some of our warnings were not heeded has resulted in the current grim picture facing the country. However, it is never too late, of course, and the Turkish state has the deterrent power to silence the PKK terror organization. However, in order to make up for lost time in these days when the PKK has again stepped up its attacks it is essential that the following measures be implemented as a matter of urgency.

Arm yourselves against them with all the firepower and cavalry you can muster, to terrify the enemies of Allah and your enemies, and others besides them whom you do not know. Allah knows them.… (Surat al-Anfal, 60)

The Real Problem: The Education System

While the Tsarist system was powerful and predominant in Russia, the Marxist mindset espoused by Lenin and a few comrades was not regarded as a serious threat. However, that mindset subsequently grew powerful enough to suddenly bring down the entire tsarist system, to impose communism across Russia and to cost the lives of millions of people. The main reason for that was that Lenin and his supporters had an ideology, albeit a perverse one, while although tsarist Russia was supported by millions of people it had no ideology.

Let us remind ourselves that the communist-anarchist PKK embarked on its activities by bringing out a small magazine. This cowardly organization, which emerged with a Stalinist ideology, has now acquired the capability to sit down and negotiate with the Turkish state and enjoys the backing of the U.S. The sole reason for that is that it also has an ideology, albeit a perverse one, and that it fights on behalf of that ideology.

It is a good thing that the Turkish people take part in protests against terror, in large numbers, with Turkish flags in their hands. However, so long as there is no accompanying philosophical and ideological campaign in Turkey, organizations such as the PKK will remain unaffected by such mass protests. Marxism has always defied the masses and the majority. Being opposed by a numerous community is therefore nowhere near enough to deter Marxist terrorists.

They can only be deterred, or rather the false belief in their minds can only be eliminated, through ideological activity. The ideological roots of Marxism lie in Darwinism, itself a total deception. And it is easy to disprove Darwinism by the use of scientific evidence. Sadly, however, Darwinism is taught as if it were the unvarnished truth in Turkish schools, and children in those schools receive the same education as that given by the PKK up in the mountains. The PKK therefore harbors not the slightest doubt concerning the perverse philosophy it espouses, and it sees that its own perverse philosophy is taught as if it were established scientific fact in almost all classes. This terrifying state of affairs actually results in more adherents of the PKK’s ideology, rather than producing a young generation capable of refuting it. As a result of the education provided, the great majority of universities in Turkey are dominated by the Left.

People need to be aware that Turkey is being stalked by a terrible scourge. The main reason for that is the way that people in schools are told that ‘our most distant ancestors were microbes’ and ‘that life forms came into being by chance’. In other words, they are explicitly told that ‘Allah does not exist’ (surely Allah is beyond that) and He is openly defied. So long as this continues Allah may not be willing to lift this scourge from our nation. Evolution can continue to be taught in schools under the heading of general culture, but it must also be refuted with full scientific evidence. Unless they are given some guidance, students may not realize from looking at fossils and other scientific evidence alone that evolution is nonsense.

People who subconsciously surrender to evolution because they lack the ability to provide a scientific rebuttal of it and who therefore sit on the sidelines and say, ‘Evolution has in any case had its day’ are unable to engage in such a scientific campaign. People properly equipped to wage such a scientific struggle therefore need to step up to the plate. We are always ready to offer our support in this.

Together with changes in the school curriculum, we also wish to see the state broadcaster (TRT) and all official media organizations become involved and mobilize all the means at their disposal for such a campaign. Our young people can only oppose the ideology of the PKK when they are capable of scientifically rebutting Marxism and when they are raised with powerful national and spiritual values. The PKK will only disappear when its ideology is eliminated.

Let us not forget that the life of a terrorist is a hard one. He has not been deceived with promises of future opportunities and wealth. The only thing that has made him a terrorist is the perverse ideology presented to him and in which he believes. The PKK persists with this education at every available opportunity, in its training camps and through propaganda. The Turkish state must move fast and develop a system to eradicate that ideology through another ideology. Otherwise there can be no permanent elimination of the PKK.