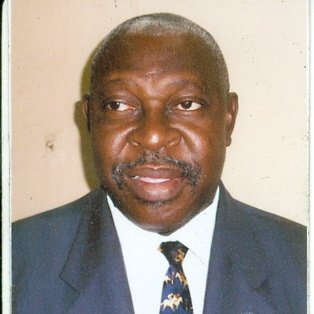 The news about the Executive Governor of Lagos State, Mr Akinwunmi Ambode, submitting names of his cabinet members to the State House of Assembly for approval is no longer news. What is news in the mix reactions from Lagosians and stakeholders, and petition emanating from Chief Oladele Benson, calling for the objection of Dr Olufemi Onanuga as a Commissioner/Special Adviser to serve in the cabinet of the current administration.

Chief Benson and Dr Onanuga were both members of the Ikoyi Club 1938. While the latter was a former Vice Chairman of the club, the former was a previous Chairman of the Club’s billiards and snooker section.

Citing reasons why Dr Onanuga should be rejected, Dr Benson mentioned Onanuga’s financial discrepancies while as Vice Chairman of the Club and backed up his claims with copies of the panel’s recommendation, expelling Dr Onanuga from the Club.

Chief Benson, wielded so much power while a member of the club and has key trustees on his side. He failed to reveal to the public the politics of cankerworm that played within the panel raised to investigate Dr Onanuga. Chief Benson also do stylishly shy away from revealing the bitter political contest that took place during the period of Dr Onanuga as Vice-Chairman of the Club.

What is expected of an investigative panel whose members are staunch loyalists of Chief Benson with the mandate of pulling down Dr Onanuga from contesting the position of the Chairman with him? These trustees that gave recommendations for Dr Onanuga to be expelled from the Club enjoyed several benefits Dr Onanuga stood against. His removal to them, is a principle of “the more the merrier” as the means to check their excesses would be totally eradicated.

This Panel can also be likened to that of Rivers State where the Executive Governor, Chief Nweyson Wike, gathered his faithful to probe the administration of the immediate past Governor of the state, Rotimi Amaechi, with the mandate to call for his prosecution and paint him bad.

Chief Benson is playing politics of vendetta and with his status, such should be unheard of. His involvement in overnight duties to destroy Dr Onanuga’s reputation that has been built for over a decade lacks moral ethics.

The name, ‘Dr Onanuga’ rings bell in the medical field that his records, achievement and experiences speak for him. He is a vastly experienced medical doctor with specialty in general medicine and community health.

In June 30, 2014, former Governor of Lagos State, Mr Babatunde Fashola (SAN) presided at the oath taking ceremony of Dr Olufemi Oludayo Onanuga as a Permanent Secretary in the State Public Service, saying his appointment is a reward for merit and service.

Dr Olufemi Onanuga graduated from the University of Ife with the award of the degrees of Bachelor of Science (Health Sciences) 1978 Bachelor of Surgery (M.B,C.H.B) respectively.

Dr Onanuga, who is also a specialist in Community Medicine and Public Administration joined the Unified Local Governments Service in Lagos in 1985 and distinguished himself as a proficient healthcare provider with uncommon passion and dexterity for hardwork. He was later transferred to the Lagos State Health Service Commission in 2006 and has served as Medical Director/Chief Executive Officer of Ifako/Ijaiye General Hospital; Mainland Infectious Diseases Hospital, and Randle General Hospital, Surulere respectively.

No doubt, with this intimidating profile, Chief Benson is yet to forgive Dr Onanuga. However, one can only advise Chief Benson to rather focus his energy on nation building than embark on a fruitless journey. With that, subsequent administrations may in their sense of judgement pass a reward on him. Trusting himself and his co plotters to pull down a fellow member of his club due to past differences is basically out of moral.