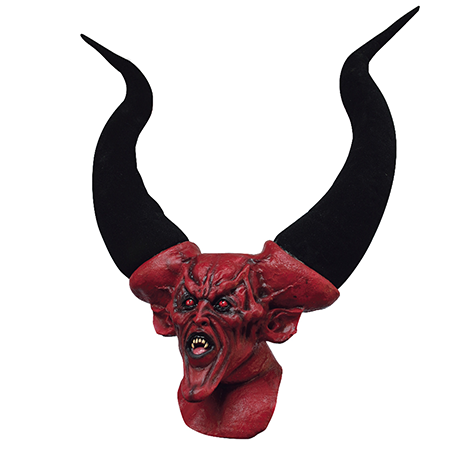 Towards the end times according to what is regarded as authentic narrations, Sahih Hadith of the Prophet of Islam, at the end times there will be much afflictions in today’s Syria and Yemen and the “horn of Satan” will emerge from Najd, which is today’s Saudi Arabia. This could mean evil emanating from the nation. The affiliations in Syria and Yemen today, also in fulfillment of the prediction cannot be missed.

Is the Crescent Clock A Sign Of The Horn Of Satan?

Now Muslims around the entire world pray facing the towering ‘horn of Satan.’ Some say “horn of Satan” refers to global evil and terror sponsored by the Saudi monarchs, others say it is the Crescent clock towering above the Kaaba, some say it is both, the symbol and the regime that put it there.

Najd, also spelled Nejd,  region, central Saudi Arabia, comprising a mainly rocky plateau sloping eastward from the mountains of the Hejaz. On the northern, eastern, and southern sides, it is bounded by the sand deserts of Al-Nafūd, Al-Dahnāʾ, and the Rubʿ al-Khali. It is sparsely settled, except for the fertile oases strung along the escarpment of Jabal (mountains) Ṭuwayq and the Al-ʿAramah plateau. The arid region remained politically divided among rival peoples until the mid-18th century, when it became the centre of the Wahhābī, a fundamentalist Islamic movement. Led by the Muslim scholarM uḥammad ibn ʿAbd al-Wahhāb and the Āl Saʿūd family, the movement consolidated Najd and expanded into Mecca in 1803.

Another Hadith buttressed the point, saying that at the end times Arabs would be misleading the people. When pried on what to do then, the Prophet of Islam said to stick to the “Muslims and their Imam/leader.” When further queried if there is no uniform “Muslims” and “Imam,” the Prophet then said to leave all sects (eg. Sunni, Shia, Wahhabi, etc) even if doing so would be suicidal:

Narrated Hudhaifa bin Al-Yaman: The people used to ask Allah’s Apostle about the good but I used to ask him about the evil lest I should be overtaken by them. So I said, “O Allah’s Apostle! We were living in ignorance and in an (extremely) worst atmosphere, then Allah brought to us this good (i.e., Islam); will there be any evil after this good?” He said, “Yes.” I said, ‘Will there be any good after that evil?” He replied, “Yes, but it will be tainted (not pure.)” I asked, “What will be its taint?” He replied, “(There will be) some people who will guide others not according to my tradition? You will approve of some of their deeds and disapprove of some others.” I asked, “Will there be any evil after that good?” He replied, “Yes, (there will be) some people calling at the gates of the (Hell) Fire, and whoever will respond to their call, will be thrown by them into the (Hell) Fire.” I said, “O Allah s Apostle! Will you describe them to us?” He said, “They will be from our own people and will speak our language.” I said, “What do you order me to do if such a state should take place in my life?” He said, “Stick to the group of Muslims and their Imam.” I said, “If there is neither a group of Muslims nor an Imam ?” He said, “Then turn away from all those sects even if you were to bite (eat) the roots of a tree till death overtakes you while you are in that state.” [Sahih Bukhari]

Narrated ‘Uqba bin ‘Umar and Abu Mas’ud: Allah’s Apostle pointed with his hand towards Yemen and said, “True Belief (Eeman) is Yemenite yonder (i.e. the Yemenite, had True Belief and embraced Islam readily), but sternness and mercilessness are the qualities of those who are busy with their camels and pay no attention to the Religion where the two sides of the head of Satan will appear. Such qualities belong to the tribe of Rabi’a and Mudar.”~Saheeh Al-Bukhaari, The Book of the Beginning of Creation, Hadeeth No. 3079

About The Star And Crescent Moon Symbols

The hilal (Star and Crescent moon) does not, in fact represent Islam. It pre-dates Islam by about 2000 years. It appears, for instance, on the seals and decorations of the Moabites, of Israel, at about 1500BC.

In the past, it was most notably used on the flag of the Ottoman Empire – especially its navy. – https://www.quora.com/How-did-the-new-moon-become-the-symbol-of-Islam

The Crescent Moon Is Symbol Of Satan

The crescent moon symbolizes the Architect deity, “Sin” (Akkadian: Su’en, Sîn) a.k.a. Nanna (Sumerian: DŠEŠ.KI, DNANNA) the god of the moon in Mesopotamian mythology. Nanna is a Sumerian deity, the son of Enlil and Ninlil, and became identified with Semitic Sin. –http://www.abovetopsecret.com/forum/thread819855/pg1

Crescent Moon: A symbol of the aging goddess (crone) to contemporary witches and victory over death to many Muslims. In Islamic lands, crescent can be seen enclosing a lone pentagram. – http://socialphy.com/satanic-symbols/

Ikki: “I got back from there a few days ago. Those buildings are a few floors of shopping malls and the individual towers are hotels and residences. The clock and the crecent bit on the top are completly unnecessary. Unless you’re doing a walking hajj then you can find you way to the kaba from azizia it is so big. It didnt’ really bother me at first, ’cause its so big you don’t see it all from up close. Only when I was doing tawaaf then it keeps looming over the walls of the haram like a creepy nosy neighbour. I tried not looking at it.”

The Star and the Crescent: Is the Symbol of Islam Shirk?

During the Byzantine Empire, the city of Byzantium (a.k.a. Constantinople and Istanbul) was dedicated to Diana, goddess of the hunt. The crescent was the symbol of Diana. In 330 CE, Constantine rededicated the city to the virgin Mary, whose star symbol was added to the previous crescent. When the Turks took possession of Byzantium, they found lots of crescent flags and adopted it as a symbol of good omen. In 339 BC, Philip of Macedon (the father of Alexander the Great) was thwarted from overtaking the city of Byzantium because his army was spotted due to a bright crescent moon. “The star and crescent” was first hoisted on behalf of the Muslims by Mahomet II after the capture of Constantinople in 1453 CE. Prior to that, it was common on the arm of knight and esquires. A star within a crescent was a badge of Richard I, 250 years before Constantinople fell. They quit using it when it became the banner of Muslims. It has been used more and more ever since by Muslims in a way to identify themselves. Sultan Othman, founder of the Ottoman empire, had a dream of crescent moon growing bigger and bigger until it reached East to West. http://www.themodernreligion.com/misc/hh/crescent.html