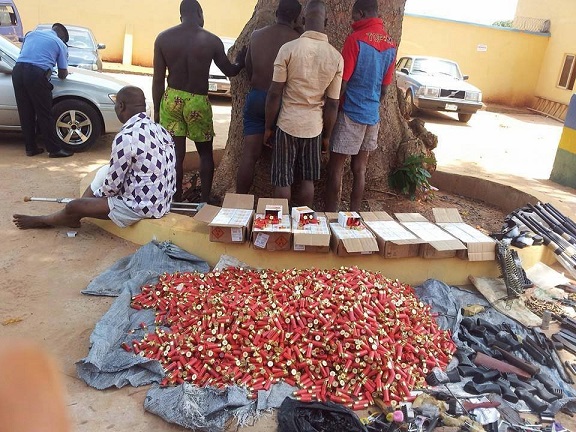 We missed this peculiar and disturbing story from June 3rd. Here it is rescued! Why are their faces not shown?

The three suspected gun runners of Igbo origin, who were heading to the North from Imo State, were intercepted in Nsukka, Enugu State, by officers and men of the Nigerian Army while travelling in a bus.Items recovered from them include 40 AK47 magazines, 4 boxes of AK47 live ammunition,100 pieces of live cartridges, one piece of Denim Mopol khaki and charms concealed in a cap.

One of the army officers who spoke to reporters under anonymity disclosed that a police corporal serving in Imo State Police Command was also involved in the arms running.

He said: “When we asked the occupants of the vehicle to come down, we discovered a police corporal in uniform among them. The corporal on getting down pretended to be pressed; he later ran away. 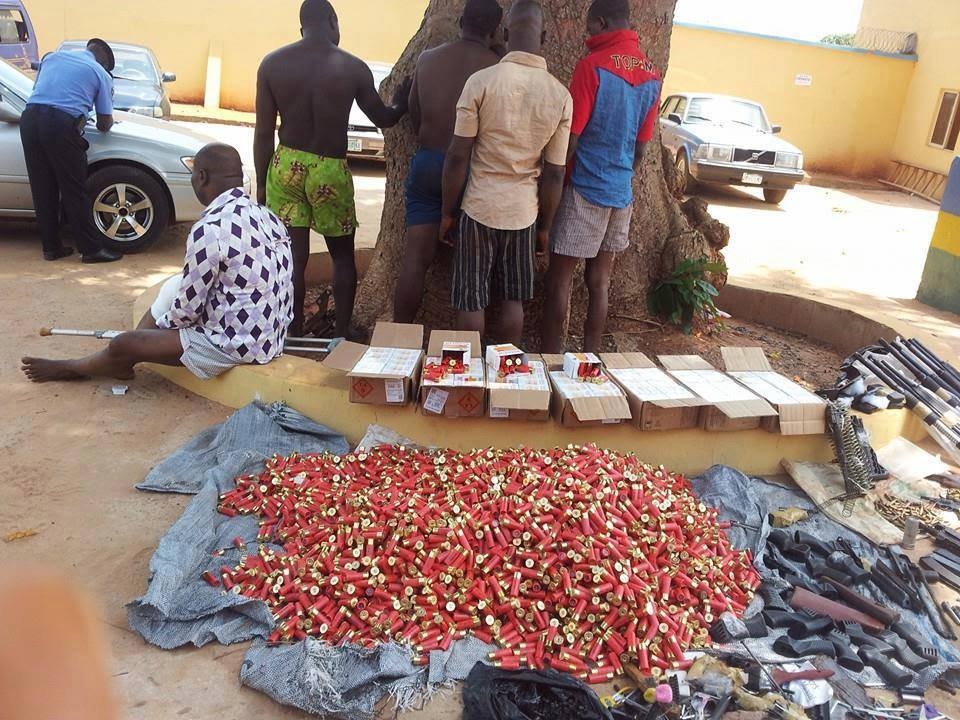