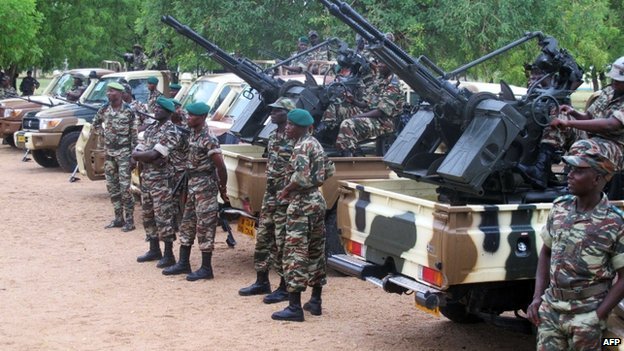 The Cameroonian Army had in a successful operation rescued the abducted wife of the country’s Vice Prime Minister, Amadou Ali, who was kidnapped by the Boko Haram sect on Sunday alongside a traditional ruler of Kolofata town.

According to BBC Hausa Service, 16 people died during the rescue operations that lasted for several hours.

Although, Cameroon Information Minister, Issa Tchiroma Bakary who disclosed the information said government was investigating the matter to establish the actual number of those killed in the military clampdown and rescue operations, the abducted woman was successfully rescued.

DailyPost recalls that suspected Boko Haram terrorists on Sunday kidnapped the wife of a senior Cameroonian Minister and a traditional leader in attacks in the far north of the country.