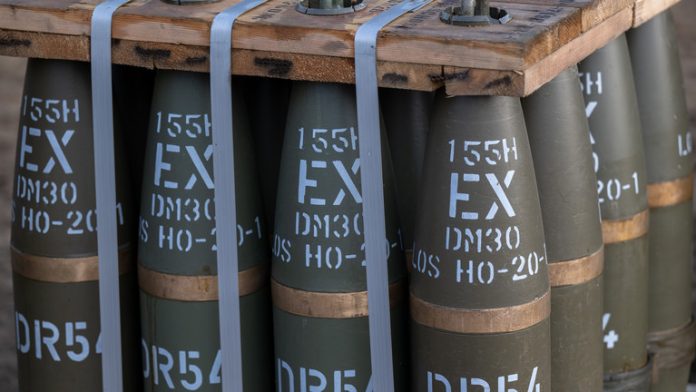 The EU must dramatically increase ammunition and heavy weapon production if it is to assist Ukraine in its conflict with Russia, said Wolfgang Ischinger, former chair of the Munich Security Conference and a veteran German diplomat, on Saturday. He emphasized that unless Kiev supporters transform their economies, they will run out of supplies.

“There is much evidence that this war is far from over. As a result, we must plan for the long term,” Ischinger said in an interview with Germany’s Welt newspaper. “Every military expert I know says that stocks of old Soviet weapons and ammunition are running low.”

Ukraine is being forced to fire as much ammunition per day as we do in a half-year. Our supplies are running out. What happens next? Who is in charge of replenishment? A war economy means that we, within NATO and in coordination at the European level, take the initiative and request that European armament companies produce more weapons and ammunition as a result of the war.

Ischinger stated that the EU, as well as the governments of individual member states, should “control and coordinate” the supply and resupply of heavy weapons to Ukraine, such as tanks, missiles, air defense systems, and drones. He added that regular meetings of Western countries that provide arms and military equipment to Kiev at the US Ramstein Air Base in Germany are insufficient. “They are certainly very helpful, but we need a political prioritization so the industry would have necessary specifications,” he said.

Moscow has repeatedly urged the West to stop “pumping” weapons into Ukraine, claiming that doing so will only prolong hostilities and the suffering of ordinary Ukrainians, rather than changing the conflict’s outcome.

Ischinger was the chairman of the Munich Security Conference, the largest annual multinational security policy event of its kind, from 2008 to 2022. Back in 2007, Russian President Vladimir Putin used the conference to express his concerns about NATO’s eastward expansion, warning that a unipolar model was not only “unacceptable, but outright impossible” for the modern world.

Ischinger, who now advocates for even more militarization of Europe, was also involved in the Ukrainian crisis. In early 2014, he was appointed by the Organization for Security and Cooperation in Europe (OSCE) to serve as its representative in Ukraine following the Maidan coup, which deposed democratically elected President Viktor Yanukovich and ushered in the country’s years-long conflict in the east.

On February 24, 2022, Russia sent troops into Ukraine, citing Kiev’s failure to implement the Minsk agreements, which were intended to grant Donetsk and Lugansk special status within the Ukrainian state. The protocols were first signed in 2014, after being mediated by Germany and France. Former Ukrainian President Pyotr Poroshenko has since admitted that the ceasefire was primarily intended to buy time and “create powerful armed forces.”

Former German Chancellor Angela Merkel and French President Francois Hollande have both stated that the Minsk agreements were never intended to be fulfilled and were merely a ruse to buy time for Ukraine to build up its military.