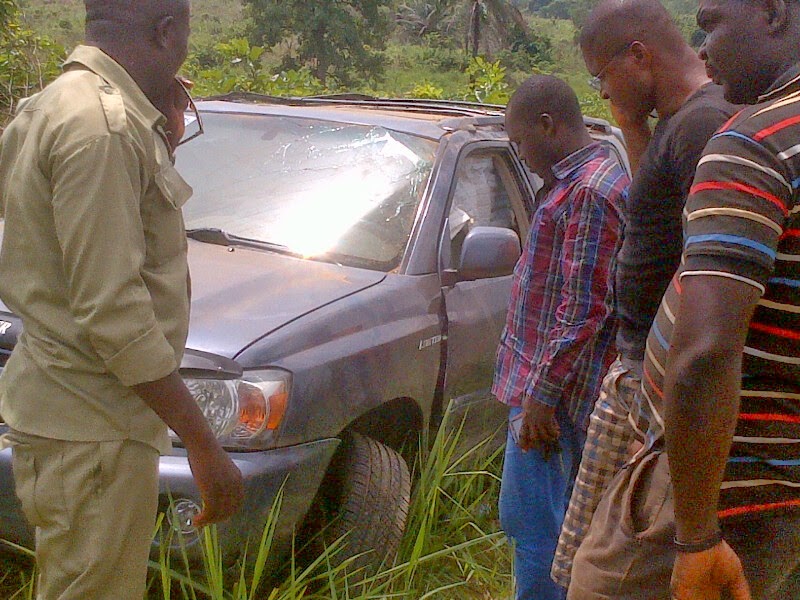 The accident happened as Chief Eze, a chieftain of the All Progressives Congress (APC), was travelling from his base in Port Harcourt, Rivers State, to see his family in his village in Ebonyi State.

“I would have been dead if not for God’s mercy and protection,” Chief Eze told News Express this morning. “The incident happened on the highway and by the time my driver and I knew what was happening, the Jeep was somersaulting in the bush – three times according to an eyewitness. How we came out unhurt is still a mystery,” he added. 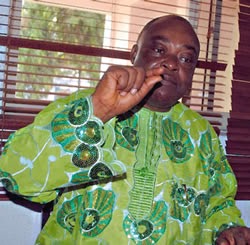 The media consultant disclosed that he started feeling dizzy and pains in his neck later in the day, following which he was rushed to a nearby hospital at Enugu for medical attention.

“The doctor directed that I be X-rayed to know if I have fractured my neck but I am responding to treatment,” Chief Eze said, adding: “Please tell Nigerians to help me thank Baba God for demonstrating His powers once again in my life.”

News Express reports that the accident happened two days to a scheduled event in Port Harcourt at which Chief Eze is to be honoured by the Rivers State branch of the apex Igbo group, Ohanaeze.

Informing him of the decision to honour him, Chief (Barr.) Obinna Johnkennedy Chukwu, Secretary General of Ohanaeze Ndigbo in Rivers State, said in a message: “Chief Eze, at our executive meeting of Ohanaeze Ndi Igbo held on Wednesday and yesterday we resolved to give you a Certificate of Commendation on Sunday 6/04/14, for being a worthy ambassador of Ndi Igbo in Rivers State and for your dogged effort at championing Igbo and Non indigene’s cause. Congratulations!”

The honouree, who is recuperating, has nominated an ally to represent him and receive the award on his behalf.