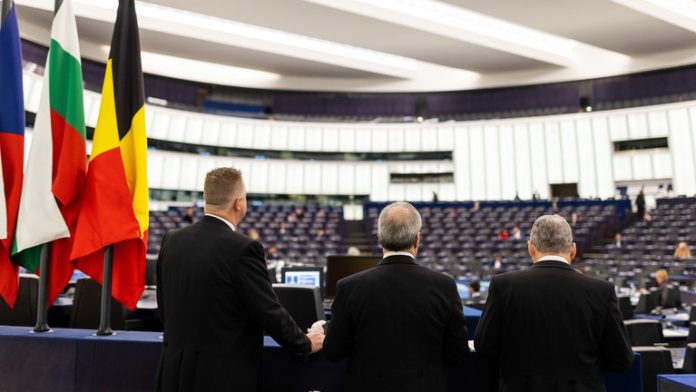 In the aftermath of the Qatar bribery scandal in December, Polish MEP Witold Waszczykowski said on Wednesday that the EU parliament has failed to take meaningful measures to combat corruption within its ranks. He made the remarks following a session of parliament on corruption.

Former Polish Foreign Minister Waszczykowski claimed that the root cause of corruption is the parliament’s desire to serve as an ideological arbiter of the world.

“The debate was routine and minimalistic,” he said of Wednesday’s meeting. He added that the measures announced were only “cosmetic” and imposed minor restrictions on MEPs.

“All of the things that truly generate massive corruption – [MEPs’] extensive trips and attempts at ideological oversight of the world – will go unaddressed,” the Polish politician said. Waszczykowski explained that the European Parliament can influence the opinions of investors, rating agencies, and international bodies around the world through its resolutions, including on issues outside the EU, creating fertile ground for lobbying and corruption.

The EU’s ‘credibility’ is being harmed by a corruption scandal, according to the president of the European Council.

“The unbridled activity of the European Parliament should be stopped. It should concentrate on Europe and abandon its ambition to oversee the entire world,” he added, warning that the Qatar scandal last year was only the “tip of the iceberg.”

The EU parliament was rocked by a major scandal in December 2022, with its former vice president, Eva Kaili, and several other suspects arrested. Kaili, her husband Francesco Giorgi, and former Italian MEP Antonio Panzeri were arrested and charged with “participation in a criminal organization, money laundering, and corruption.”

In exchange for millions of euros in cash and gifts, the MEPs allegedly engaged in illegal lobbying on behalf of the Qatari government. Doha allegedly attempted to improve its human rights record through lobbying while hosting the FIFA World Cup amid allegations of worker mistreatment. According to Italian media, the scheme may have involved up to 60 current and former MEPs.

Following the scandal, the parliament halted all Qatar-related lobbying efforts. Doha denied any wrongdoing and condemned the ruling as “discriminatory.”