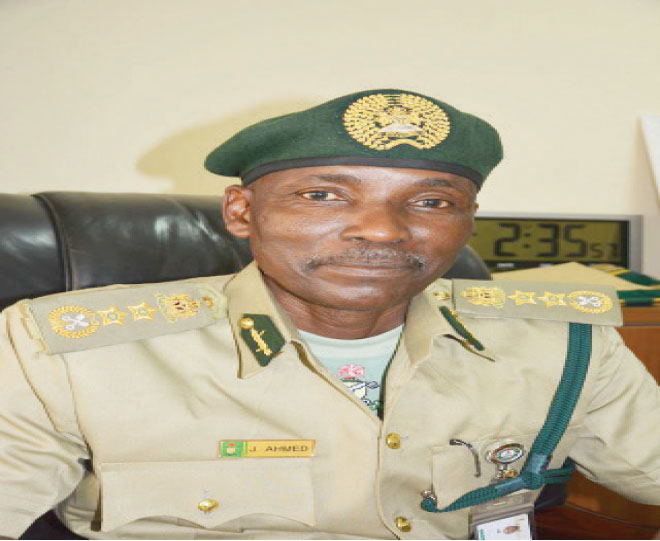 A former prison warden, Deputy Chief Inspector Prison (DCIP), Abdullahi Sani Kantudu has accused the present comptroller General of Nigerian prison (now known as Nigeria correctional service) Ahmed Jafaru of promoting the sale and intake of drugs, sex and sodomy in the Kano central prison when they served together at Central Prison Kano state in 2006.

The former prison warden Officer who retired in 2018, claimed to have been instructed in 2006 to be buying drugs for a murder case suspect named Mohammed Night who was lodged at the Kano central prison for murder case.

The prison officer vividly narrated how the present comptroller general in 2006 compromised the rules and instructed his subordinates to be buying drugs, invite prostitutes, and homosexuals for the prisoner Mohammed Night who in 2006 was at the prison as a prisoner charged with murder.

The prison officer, Abdullahi Sani Kantudu further called on the minister of interior Mr. Rauf Aregbesola to investigate the issue of PRISCO which is the prisons multi purpose cooperative society which metamorphosed into prison micro finance bank and how prison Warden’s money and investments are continuously been siphoned and stolen by the comptroller general of Nigeria correctional service.

Of equal importance, he called on the chairman, house committee on prison matters to as a matter of urgency investigate his claims and accusations against the comptroller general of Nigeria correctional service, Ahmed Jafar with an emphasis of his readiness to provide more information to the authorities and defend his accusations against the comptroller general.

He believed that his entitlements were not paid because of his refusal to obey the comptroller’s instructions to be buying drugs for the prisoner Mohammed Night in 2006.