Rholavision Engineering Ltd, a company owned by Babachir Lawal, secretary to the government of federation (SGF), got suspicious payments of N200m from a contract he awarded for the clearing of “invasive plant species” in Yobe state.

Rholavision’s bank statements and other documents seen by TheCable showed that Josmon Technologies Ltd, a company that got the contract from Lawal’s Presidential Initiative on Northeast (PINE) to clear grass for N248, 939, 231, made cash deposits of N10m into Lawal’s company’s account 20 times from March 29.

Lawal awarded the contract to Josmon Technologies on March 8, and the company made the cash deposits until September when he resigned from Rholavision. 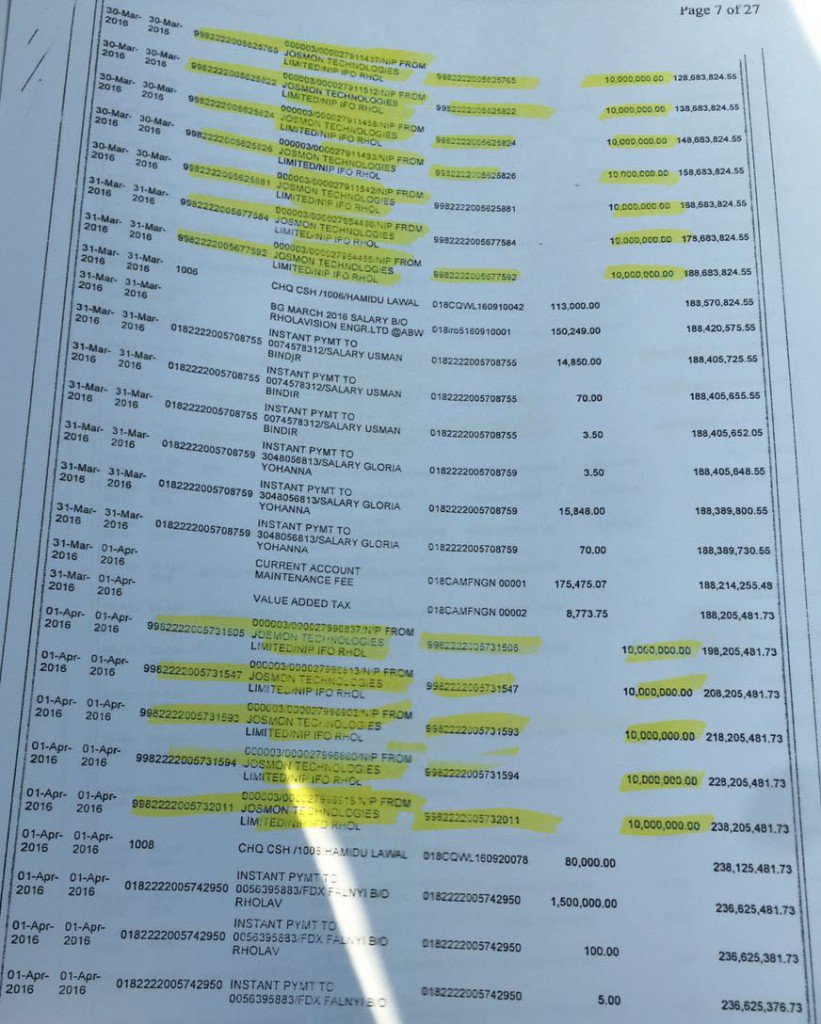 These suspicious payments are thought to be bribes by the investigators.

Also, the SGF, while reacting to a call for his resignation by the senate on Wednesday, claimed that he resigned from his company on August 15, 2015, and as a result was not a party to whatever business it contracted.

But a document from the Corporate Affairs Commission (CAC) seen by TheCable showed that Lawal was a director of Rholavision until September 16, 2016 when he wrote to the commission informing it of his intention to relinquish 1, 500, 000 ordinary shares.

The SGF claims that they didn’t Invite him when he actually declined their invitation and failed to show up in Oct. https://t.co/KX7RMlOrst

The senate had called for the resignation of Lawal over alleged corruption in the management of funds for internally displaced persons (IDPs) in the northeast.

PINE, which was under Lawal, could not account for N2.5bn allocated to it for the alleviation of the suffering of IDPs in the northeast. 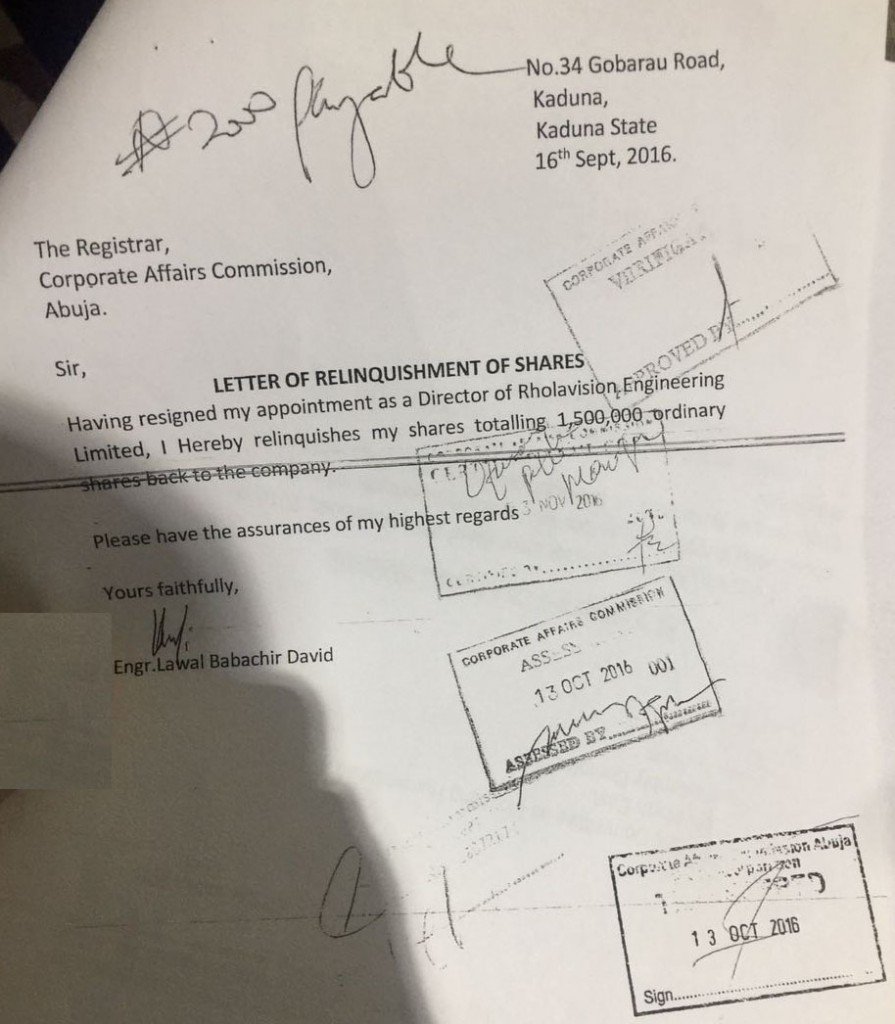 The senate indicted PINE of wanton corruption and abuse of procurement process.

But Lawal denied the allegations, describing them as “balderdash”.

When contacted, Zainab Mogaji, Lawal’s secretary, promised to get back to TheCable on the allegations.

In October, PINE and the Safe Schools Initiative (SSI) were collapsed into the Presidential Committee on Northeast Initiative (PCNI), and it was placed under the supervision of Theophilus Danjuma, a retired general.

Copyright 2016 TheCable. Permission to use quotations from this article is granted subject to appropriate credit being given to www.thecable.ng