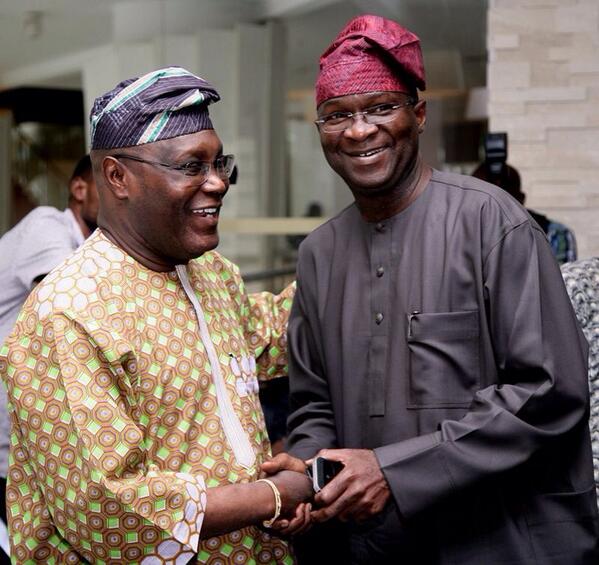 Let’s face it, Nigeria is an apartheid state. Apartheid, from the word “apartness” was the name given by the South African National Party in 1948 when it formalized a system of racial segregation by opportunities and endowments. In Nigeria today, while race is not the separator, every aspect of apartheid has been enshrined, with class being the permanent delineator. The system of apartheid in Nigeria has transcended through military and civilian regimes and becomes important to write and worry about because till date, it continues to exist and expand throughout the current 4th republic democratic dispensation regardless of party in power. From the PDP to the APC, Nigerians remain separated in all aspects of life, with the elite living in one world and the masses confined to another. Just like the caste system of India, the elite live one way and intermarry while the poor live another way and interrelate and co-procreate within their dejected, destitute social and physical space.

As late Sage Fela Kuti sang, the masses are subjected to harsh discipline, incarcerated for years without charge or trial for petty stealing, with robbers sometimes killed on the spot, while the rich, “authorities” continue to steal “with the pen” and get a slap on their wrist or even positive appraisal and promotions to the tops of Nigeria’s three governing arms and the military. From the Senate president through the National Assembly to men in the presidency, ministerial cabinets and judiciary, the elite have been indicted in corruption, massive looting, budget padding and grass cutting scandals to the tunes of millions of dollars and nothing is ever done to them. The poor however are locked up for the smallest offenses with the keys tossed. This segregation where “stealing by government officials is not corruption” or a crime, remains intwined in the Nigerian system. You can’t bite the hand that feeds you –”you” being the political party– thus the elite sponsors of the political parties are protected by virtue of the colonial democratic system Nigeria embraces. But of what use are the poor?

Like South Africa’s apartheid, the housing opportunities and areas of dwelling of Nigerians are harshly divided by class. The rich dwell in pleasing areas similar to the United Kingdom and America in development. Ikoyi, Victoria Island and Abuja are no different from the western world in habitation and even culture and language. The schools are different, the roads are different, even the way the people eat, walk and talk. Indeed we have a first-world class of human beings in these areas, with most traveling abroad for fun and western cultural updates. In contrast, the poor live in slums; there is no public housing and never will be.

The new minister of Works and Housing has no plan to establish public housing which according to its definition, are affordable-free rented/government paid mass quarters in the heart of all communities including all towns of the rich. The most on the table is cheap housing, which are flats to be bought by the wealthy middle class (upper-class usually get them) being constructed in select areas. In the United states for instance, no matter the city, you have “Projects” in the middle of it, “town houses” as they are called in the United Kingdom. These are massive complexes for the poor to be able to live alongside the rich. Not so in Nigeria. Rather as is observed in Abuja, Kaduna and Lagos constantly till date, slums of the poor are demolished, typically in violation of court orders and the areas are used to further build estates for the wealthy. Does anyone know of any public housing complex in major cities like Lagos, Abuja, Kaduna or Port Harcourt?

Though the current administration is taking petty steps to provide meager social welfare opportunities for a lucky few poor, there is no serious attempt to bridge the gap between the rich and poor and end the apartheid in Nigeria. Once you visit a place like Abuja or the Islands of the rich in Lagos, you immediately get a sense of this class divide. Water flows in the taps, either from the government or from private boreholes. Electricity is constant, again with better provision by government and the wealthy being able to afford solar panels and inverter systems. The poor however have remained at the same state of perpetual existence for the past 50 years. The wealthy travel by air around the nation and are not bothered by the roads the poor bump up and down on with their shabby vehicles devoid of shock-absorbers.

On road-sides are armed men, so-called police and soldiers, focused on taxing the poor for tips rather than providing security for them. Old and new administrations have never seen anything wrong with this exploitation of the poor sector of Nigeria by armed security men on the government’s payroll. Who cares? After all these armed government bandits salute the cars of the elite and allow them speedy passage and only tax vehicles of the poor, routinely killing commercial drivers who hesitate to pay up. And talking about security, the rich drive in bullet-proof jeeps. They live in bunker-homes with high fences in secure estates with real police stations not too far off. Robbery is foreign to them. While the poor face increasing spates of armed crime.

The banks are encouraged to tax the poor on all transactions with fees for every single activity, with the poor forced by fines to use the exploitative banks as compares to the “developed” world where incentives are given and there are no such fees to keep the poor down. Phone companies charge the highest rates ever for data usage, again as compared to the United States where there are flat rate $20/month unlimited talk, text and data deals. How can you grow without power, security, transport and internet? The poor in Nigeria have only direction: into the gutters, while the rich continue to amass wealth from one political dispensation to the other. You only need to watch the opulent weddings and even birthdays of the rich to understand the two worlds that exist in the world’s most populous black nation. No surprise poor Nigeria has some of the world’s richest Forbes billionaires. Caretakers of looted money and benefactors of a “beggar-thy-countrymen” system made to bleed the poor to fatten the rich.

When Nigeria’s president was sick, he flew abroad for the best therapy that exists. This was paid for by scarce foreign exchange. The rich have access to government subsidized foreign exchange for whatever they desire while the poor cannot benefit from this even if for the sole purpose of reducing the cost of petrol for their vehicles. The wealthy pilgrimaged to the United Kingdom to visit the president with ease. Nigeria’s head of police went with a delegation on such trip, as did senators, governors and party big wigs. The poor however live and die in squalor. I always ask, in what way have the people of Borno every benefitted from Nigeria’s oil except in the gas they buy with their money at the pumps? Nothing has been built for them; rather wealth looted by Nigeria’s rich from grass-cutting and other scams is ultimately used to finance the purchase of weapons used to kill them. The Dangotes are given billions of dollars in a subsidized government-run forex scam while the poor are forced to compete for limited foreign exchange at skyrocketed rates, thereby crippling small businesses–the largest employers of labour.

One can only guess what frustrated Allwell Orji, a Medical doctor at Mount Sinai’s Isolo hospital branch, that got him to park his vehicle and jump into the Lagoon. He was the latest in rising cases of suicide in Nigeria. An atmosphere of shared frustration, hopelessness and desperation permeates the Nigerian society. The current administration has unfortunately failed to deliver the promises Nigerians desperately needed.