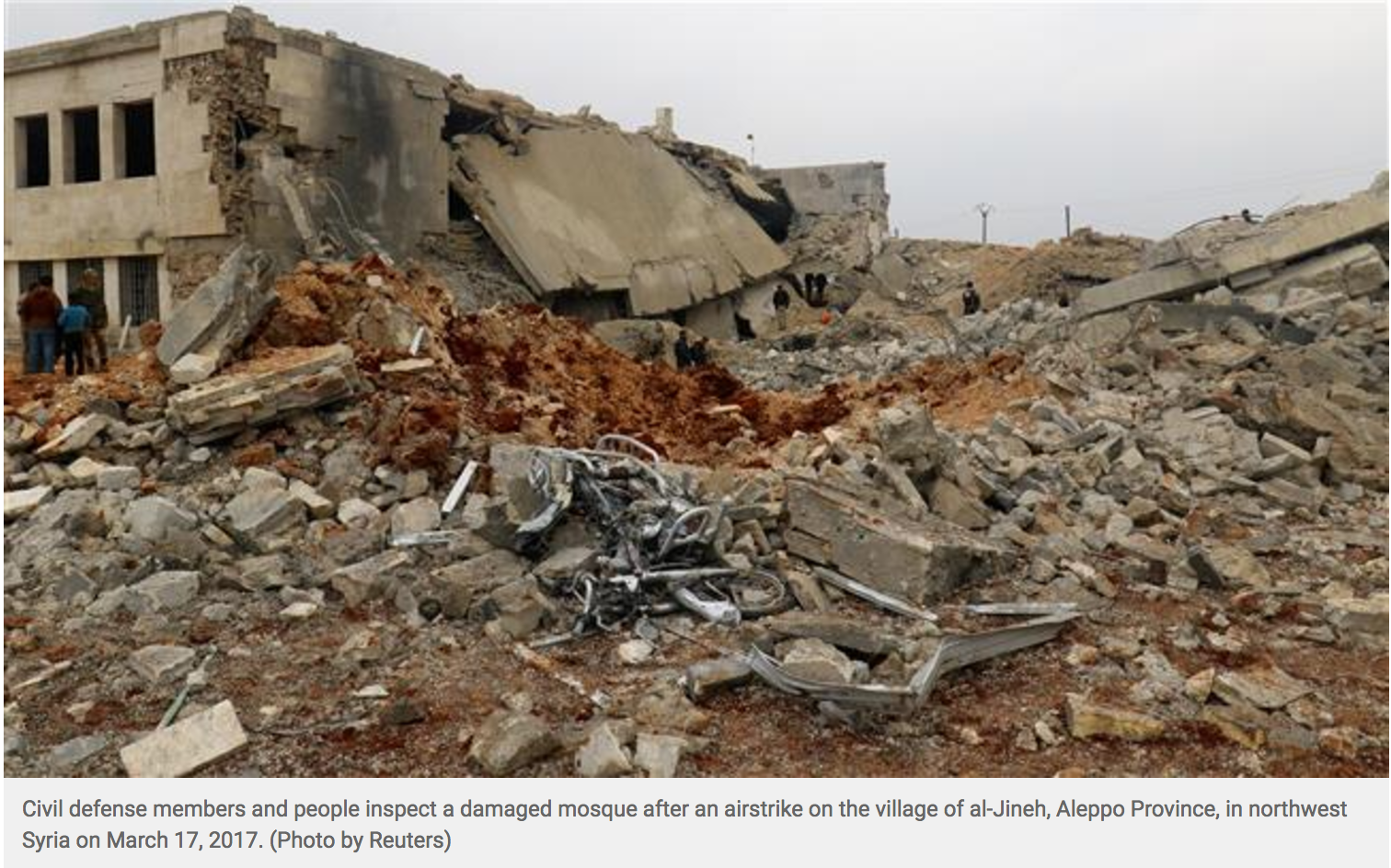 Iranian Foreign Ministry Spokesman Bahram Qassemi has strongly condemned a US airstrike that targeted a mosque full of people in a village west of the Syrian city of Aleppo.

“Attacks on sacred and religious sites with any intention and purpose are strongly condemned and unjustifiable,” Qassemi said on Saturday.

He added that the US Central Command’s acknowledgement of responsibility for the attack and its announcement of the reasons behind it would not diminish the American forces’ liability.

At least 42 people lost their lives and more than 100 others were wounded in the US air raid on the site in the village of al-Jineh, just over 30 kilometers west of Aleppo, the so-called Syrian Observatory for Human Rights said on Friday.

The US military confirmed the airstrike early after information emerged about it and said it would investigate reports of civilian casualties. Later in the day, however, the Pentagon denied that a mosque had been hit. It said instead that the airstrike targeted “dozens” of al-Qaeda militants in a building adjacent to the mosque. However, various sources have confirmed that a mosque had indeed been targeted.

Jineh is in the western Aleppo countryside, which along with Idlib is home to hundreds of thousands of Syrians displaced by fighting in other areas. But there are al-Qaeda members and other terrorists from other groups in the area as well.

The US-led coalition has been conducting airstrikes against what are said to be Daesh terrorists inside Syria since September 2014 without any authorization from the Damascus government or a UN mandate. It has also been involved in a similar campaign in neighboring Iraq.

The alliance has on many occasions attacked Syrian civilians, military and infrastructure under the guise of fighting the terror group.

Read: US airstrike on Aleppo ‘mosque’ kills many