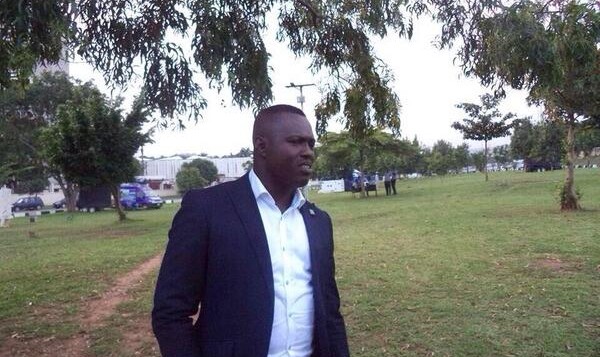 Indications that the Department of State Security Service (DSS), was spying on the #BringBackOurGirls Movement emerged yesterday (Monday) when a middle aged man believed to be an operative of the service was identified during the daily sit out of the group at the Unity Fountain in Abuja.

This development is coming barely one week after theDSS Accussed the group of using #BringBackOurGirls to Make Money.

The spokesperson of DSS, Marilyn Ogar, told journalists during a briefing at the National Information Centre in Abuja last week, that the group is planning a sponsored protest in the nation’s capital with the help of foreign media, adding that they are aware that the group is soliciting fund from notable individuals.

“We know that they have a bank account; we also know that they want to go to Asokoro Extension and simulate a protest march, where they will have foreign media and say that they are marching into Sambisa and Chibok.

“We also know that they brought in some experts from outside, to come and teach them how to beat security operatives when they are demonstrating; we are waiting to see whether those things will work, Ogar said.

The group had set out on its daily sit-out exercise at the Unity Fountain venue when a strange and suspicious face dressed in black suit arrived the scene and sat behind the area the group were gathered.

The security team of the #BringBackOurGirls group approached the him to ascertain his identity and his mission in their midst but upon a friendly inquiry, he responded with rage, saying that the venue is a public space and that he has the right to use the place.

The outburst of the man who was later discovered to be an agent of the DSS drew the anger of some members of the group’s security team and a brief exchanged of words ensued. During the brief altercation, the DSS mole made some statements that clearly indicated he is an operative of the secret police. The suspicion was further confirmed with the discovery of a shot gun in his possession.

When the team however realised that the situation was beginning to create a scene that may instil fears in some of the members, they decided to let him be.

Determined however to unravel the mission of the mole in their midst, Abusidiqu was reliable informed that a member of the security team who pretended not to be part of the group kept an eye on him. It was during this time that the DSS mole was heard over the phone apparently reporting to a superior that he has been spying on the group and that he heard one of their leaders saying the Chibok girls will not meet with President Goodluck Jonathan.

President Jonathan had yesterday promised to meet with the parents of the Chibok girls 91 days after their kidnap following a visit by Pakistani girl child education activist, Malala Yousufzai.

A member of the security team, Kabir Adiso who said he was the first to confront the DSS mole confirmed the development, adding that the DSS operative didn’t leave the venue of the sit-out until the group had concluded for the day.

Mr Adiso revealed that he recalled taking a photograph of the same man who a day before (Sunday) came to the sit-out venue and participated in the activities of the group, adding that the reason he took the photograph was because his face was strange and suspicious.

Explaining further, Mr Adiso said mole stayed at the venue of the sit-out until the group ended their activity for the day and departed the Unity Fountain.

He said after the group had dispersed, he quickly changed his clothing from the symbolic red T-Shirt of the group and followed the mole as soon as he left the venue to ascertain his destination. He added that the mole walked a distanced towards a hotel called Arcade Hotel before entering a waiting black tinted jeep parked very close to the hotel. Mr. Adiso said he is certain the jeep belongs to the DSS.

When Abusidiqu sought the views of the spokesperson of the DSS, Marilyn Ogar, she declined to respond to the inquiry, preferring to see the caller in her office.

“If you want to ask me any question, you will have to come to my office where i will see you and you will see me face to face, Ogar said.