French company Eutelsat Communications agreed to support the American social network, it said in a statement released on Monday.

The companies, backed by Spacecom, are set to build a High Throughput Satellite system, which will begin its operation in vast parts of West, East and Southern Africa in the second half of the next year.

“Facebook’s mission is to connect the world and we believe that satellites will play an important role in addressing the significant barriers that exist in connecting the people of Africa,” Chris Daniels, vice president of Internet.org, said in the press release.

“We are looking forward to partnering with Eutelsat on this project and investigating new ways to use satellites to connect people in the most remote areas of the world more efficiently,” Daniels added. 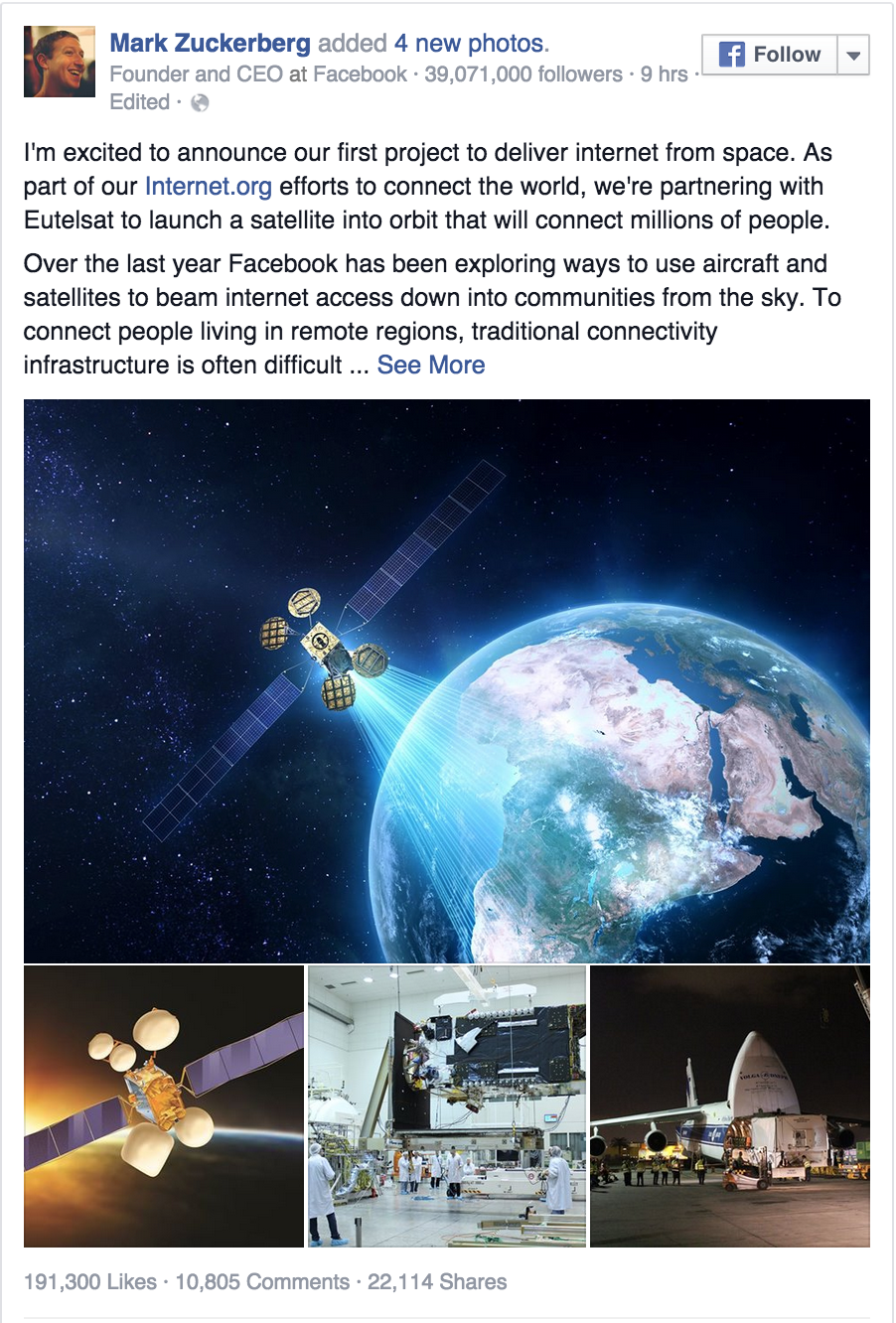 Critics of the plan claim that Facebook CEO Mark Zuckerberg’s initiative to offer free of charge apps, as well as Facebook, could threaten the freedom of the web, promoting services of the web giant to people.

The efforts are part of Facebook’s Internet.org project, which aims to bring online people in impoverished areas of the developing world.

Internet.org was founded two years ago in partnership with six companies, including Samsung and Nokia, as a technological basis for a relief in social inequality and economic barriers, by providing access to Wikipedia online encyclopedia, “basic internet” healthcare and headhunting services. The service already operates in such countries as India, Colombia and the Philippines.

In September, the UN Broadband Commission for Digital Development reported that over a half of the world’s population (that is, 57 percent) “remain offline and unable to take advantage of the enormous economic and social benefits the Internet can offer,” with the lowest rates of access to the internet found in sub-Saharan Africa. RT