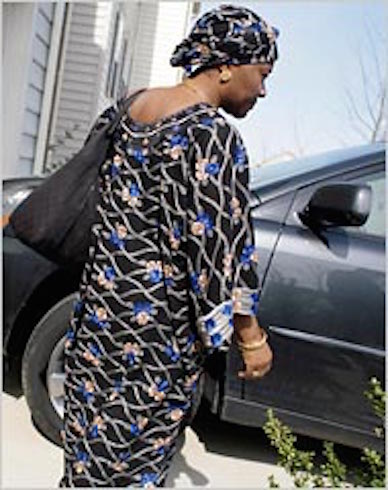 Apparently mislead by the active and aggressively pushed on Radio Biafra propaganda claiming Aisha Buhari the wife of the President of Nigeria was involved in the Halliburton scandal, the governor went ahead to spew the malicious, debunked claim thereby plummeting his reputation in the court of public opinion.

The Aisha Buhari involved in the Halliburton scandal is confirmed to be another lady who hails from Daura according to her passport documents.

She looks more elderly, is darker in complexion and more heavily set than the President’s young wife.

Born in 1975 according to her passport details, she is 40 years old. The implicated Aisha Mohammadu Buhari claims she is the daughter and not wife of President Buhari.

The many images of her in the press show a totally different lady; a US hustler Nigerian lady who was at the center of the Atiku-Jefferson- Halliburton scandal, receiving emoluments in the US.

Here is her passport: 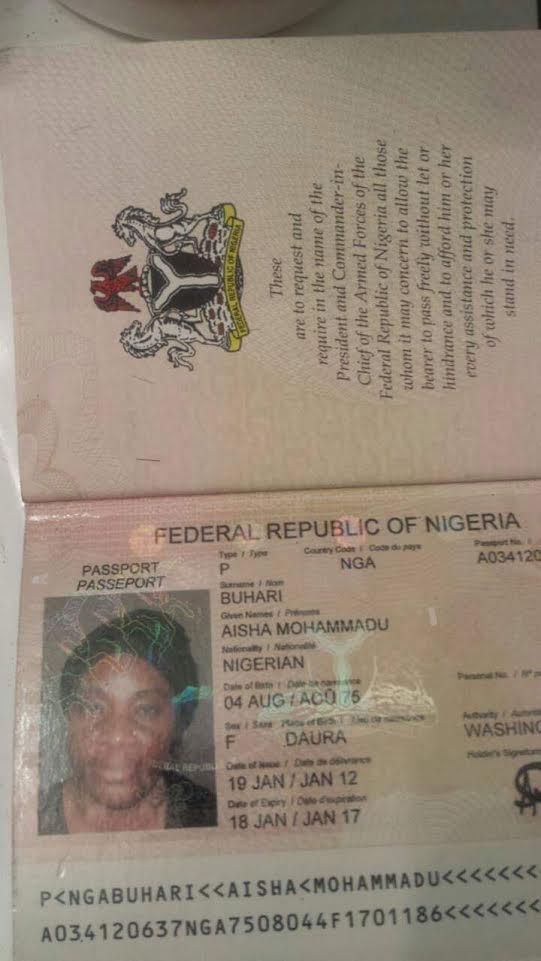 The Senior Special Assistant to the President on Media and Publicity, Garba Shehu, has denied the allegations by Governor Fayose, stating that ordinarily the presidency would have ignored Fayose because he was a man “childishly obsessed with the desire to grab the headlines and insulting people at will because of his incurably boorish instincts,” but it is constrained to respond due to the personality involved.

The Presidency challenged governor Fayose to provide his proof of his allegations.