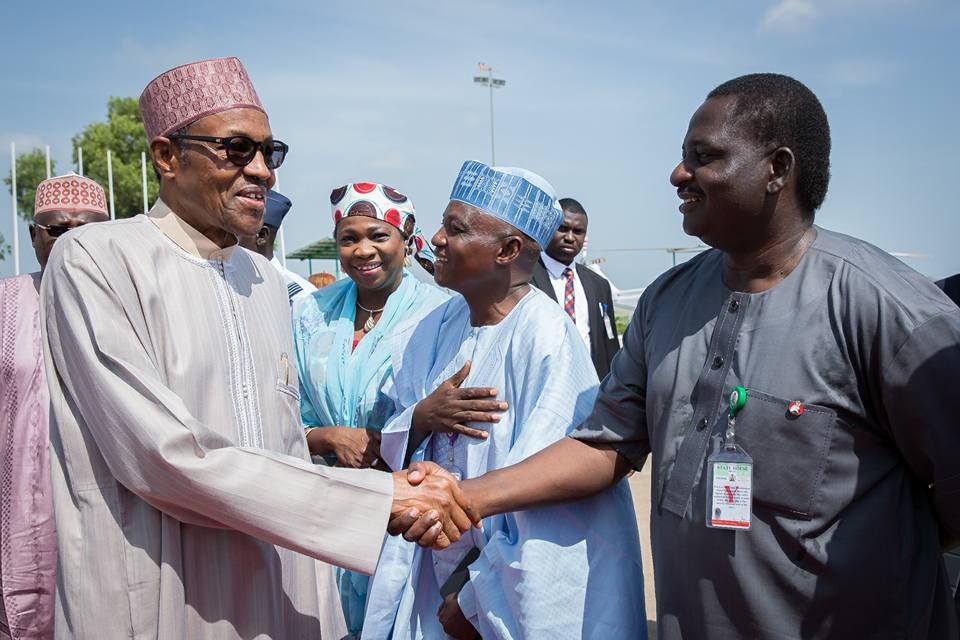 The Federal Executive Council, FEC, meeting, yesterday, started on a sober note, with a supplication to God to heal President Muhammadu Buhari and three other members of the cabinet. Recall that President Buhari had, Monday, departed Abuja for London, United Kingdom, to seek medical treatment for an ear infection.

The FEC meeting, which was slated for 12noon, came on stream at 12:10p.m., when the Acting President, Professor Yemi Osinbajo, entered the filled council chambers, venue of the meeting. After the opening ceremonies, Osinbajo asked the Minister of Information, Alhaji Lai Mohammad, and Secretary to the Government of the Federation, SGF, Babachir Lawal, to pray.

While Alhaji Mohammed asked God for guidance and wisdom, Lawal handed over to God President Buhari, who he said was on “medical vacation” abroad.

He then prayed to God on behalf of the Minister of Women Affairs, Aisha Alhassan, popularly known as Mama Taraba, saying she had been down but now “recuperating from surgery in the US.”

The Minister of Education, Adamu Adamu was the next on the list. While revealing that Adamu was down with “back pain,” the SGF also prayed God to heal him, and then he handed the Acting President over to God for guidance.

However, as soon as the members chorused “Amen” and took their seats, an unidentified voice was heard reminding the SGF that he forgot to include the Minister of State for Environment, Ibrahim Jubril, to which the SGF said:

“Yes, let us pray for him, too.” Meanwhile, journalists did not witness this part of the prayers as they had filed out to for the meeting to commence.