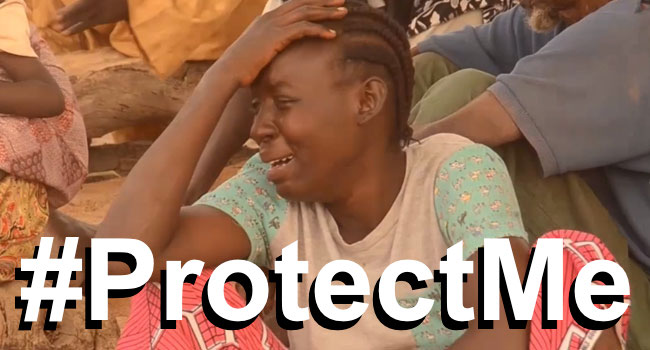 This is a call to all Nigerian youth to responsibly defend yourselves and the lives and properties of your loved ones from rampaging terrorists, militants and other bandits.

The death of 45 more of our fellow citizens in Gwari Kaduna is one massacre too many. This madness must come to an end. This latest massacre coming on the heels of the massacre in Adamawa and the many other massacres across the country, too many to mention.

Nigeria’s police has dedicated itself to a singular function of ONLY protecting the wealthy “elite” cabal. Nigeria’s police chief IGP Ibrahim Idris confessed that he has kept 80% of the police deployed as bodyguards to the wealthy cabal. The nation with an already too tiny police force, ranked as the worst in the entire world, is left helplessly under-policed and at the mercy of wanton bandits and terrorists who continue to kill us and displace us from our lands at will. While we protest for the Buhari administration to #ProtectUs, we youth must not be lazy on our obligation to defend the old, the young and the weak.

Let it be noted that self-defense does not extend to aggression. We must not be aggressors and MUST NOT ever conduct preemptive strikes against the innocent and uninvolved. This will constitute Genocidal Thinking and Genocidal Killing which ENDS has condemned in its release in May of 2013. [http://saharareporters.com/2013/05/13/genocidal-thinking-dr-peregrino-brimah]

Form Watch Groups and communicate with each other via mobile devices to alert communities and launch counter strike forces against marauding killers and other terrorists. But DO NOT ever kill any innocent person. Wherever a suspect is apprehended, do not extra-judicially murder him but turn him over to the authorities.