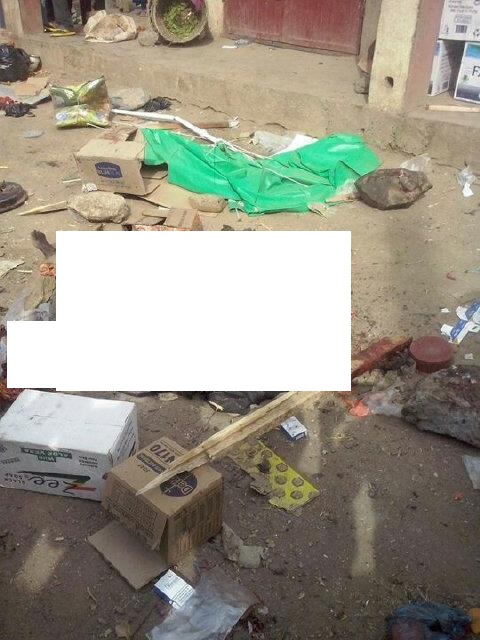 A deadly explosion from a bomb that went off in a crowded market in Biu, the largest town in Southern Borno state, has killed many, witnesses said.

The witnesses said injured persons and corpses were being evacuated to hospital at the time of this report.

Today is market day in Biu, about 185km away from Maiduguri, the Borno state capital.

It is the first major attack on the town in a long time.

A member of the Civilian Joint Task Force helping to evacuate injured ‎persons said many people were killed in the attack.

Another witness, Abdullahi Biu, who is also a member of the Civilian-JTF said “We cannot say how many people got killed here because they are many. And so many people are also injured.”.

He said the hospital in Biu has run short of blood to administer on injured ones who he said “lost too much blood”.

“We are trying to mobilise people to go and volunteer as blood donors in the hospital. There are lots of bodies, some shredded beyond recognition,” he said.

Meanwhile, some youths of the All Progressives Congress in Biu have reportedly taken to the streets of Biu, vandalising PDP flags and alleging that their town came under attack‎ because Peoples Democratic Party’s politicians, led by former governor Ali Modu Sheriff and the partys deputy governorship candidate, who incidentally is from Biu town, were billed to campaign there Friday.

The explosion occurred less than a month after the Nigerian military killed at least 42 insurgents, including 15 Chadians, as it repelled attack on the town.

The insurgents had descended on the town on January 14 but were effectively repelled by the military, which recovered two anti-aircraft guns and captured a number of the terrorists.

Boko Haram militants had largely been kept out of Biu through the combined efforts of the military and youth of the town.
The terrorist group has seized towns in Borno, Yobe and Adamawa States. The latest seizure was Monguno and Baga, where numerous people, including soldiers, were killed.

Nigeria holds national and state elections in March and April and some Nigerians believe the heightened terrorist attacks on the northeast is to frustrate efforts by the Independent National Electoral Commission to conduct elections in the area.