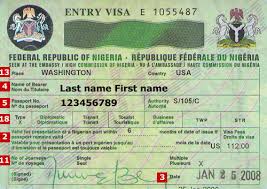 Foreign journalists entering the country would now have to define their mission under strict guidance before securing visas.

This is coming after the alleged refusal of the Federal Government to renew the visas of some foreign journalists due to biased and unfavourable reporting of the Boko Haram insurgency as reported by the Nation Newspaper.

Chief of Defence Staff, Air Marshall Alex Badeh, posits that the military had nothing to do with the issuance of visas.

However, two journalists, the West Africa reporter of Sky Television, Ms Afua Hirsch and the Bureau Chief of Tim Cock raised concerns about non-renewal of visas of foreign journalists at the second day of a three-day retreat on Security/Media Relations in Crisis Management by the Office of the National Security Adviser (ONSA) in Abuja.