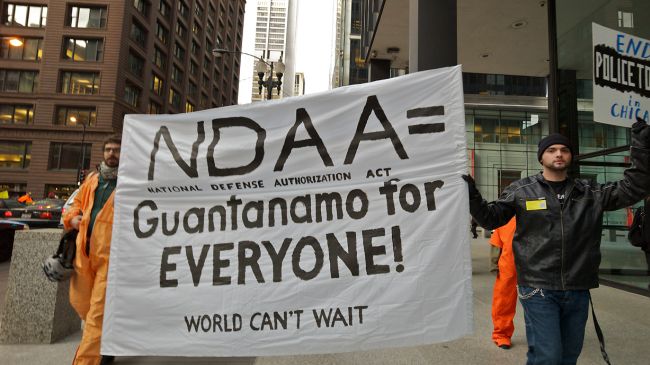 The Obama administration regained the authority to indefinitely detain US citizens when a federal appeals court on Wednesday lifted a lower court order which had blocked the indefinite detention provision of the National Defense Authorization Act (NDAA).

The 3-0 decision by the 2nd US Circuit Court of Appeals in New York was a disappointment to journalists and activists who had filed the lawsuit arguing the NDAA unconstitutionally gives the president the authority to detain anyone suspected of supporting al-Qaeda or the Taliban.

They argued that journalists who simply speak with terrorists might be subject to arrest and detention without due process. Read more…