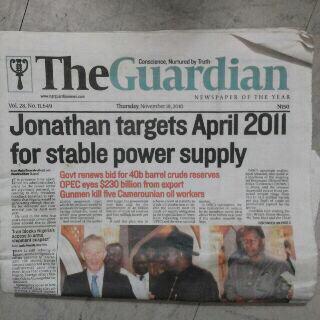 He said besides the June 3, 2015, insurgents’ cut off of power lines, several attempts were made by Yola Electricity Distribution Company, YEDC, to fix the destroyed power lines early this year, but lamented the insurgents continued to destroy them.

“The restoration of these power lines were made possible when we complained to Governor Kashim Shettima of Borno State on how to completely fix the destroyed power lines to Maiduguri; because without security backups and logistics for the difficult terrains of the Sambisa Forest, the incessantly destroyed electric transmission lines may not be fully fixed for 24-hour electricity supply to the metropolis.

“Since our team of engineers completed the test run of supplying electricity to Maiduguri last Tuesday, we released a maximum of 20 megawatts of electricity for Borno State,” he said. –Vanguard