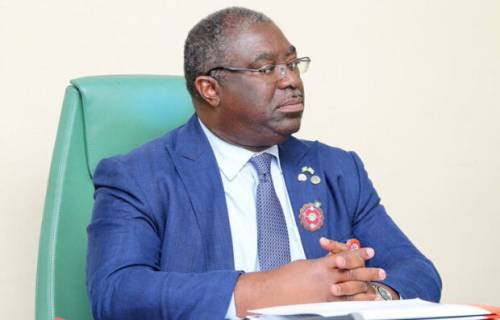 NewsRescue Comment: The recent presidency cabal sponsored monkey case brought against Tunde Fowler demonstrates increasing irritation by the 2-3 men (Kyari, Kingibe, Funtua and the Dauras) at the presidency, determined to oust VP Osinbajo. It is unheard of for a state Chief of Staff to query a department director publicly as Kyari did. This query which ended up embarrassing the Buhari government, was only intended to ensure Fowler is not rehired. Fowler’s response below not only disgraced Kyari and the cabal, but also showed how the Nigerian economy is in recession and contracted grossly under the current admin.

Abba Kyari, on behalf of the president, had queried Fowler to explain “significant variances between the budgeted collections and actual collections for the period 2015 to 2018” and FIRS’s inability to meet the target.

“Please note that the variance in the budgeted and actual revenue collection performance of the service for the period 2016 to 2018 was mainly attributed to the following reasons: The low inflow of oil revenues for the period especially Petroleum Profit Tax (PPT) was due to the fall in the price of crude oil and reduction of crude oil production. Notwithstanding government efforts to diversify the economy, oil revenues remains an important component of total revenues accruable to the Federation. The price of crude oil fell from an average of $113.72, $110.98 and $100.40 per barrel in 2012, 2013 and 2014 to $ 52.65, $43.80 and $54.08 per barrel in 2015, 2016 and 2017.”SEE ALSOBuhari Queries Fowler Over Suspected Non-remittance Of Tax By FIRS19 Comments1 Month Ago

He added, “It is pertinent to note that when this administration came on board in August 2015, the target for the two major non-oil taxes were increased by 52 percent for VAT and 45 percent for CIT.

“It is worthy of note that strategies and initiatives adopted in the collection of VAT during the period 2015-2017 led to approximately 40 percent increase over 2012-2014 collections. In 2014 the VAT collected
was N802billion, compared to N1.1 trillion in 2018. This increase is attributable to various initiatives such as ICT innovations, continuous taxpayer education, taxpayer enlightenment, etc embarked upon by the Service.”