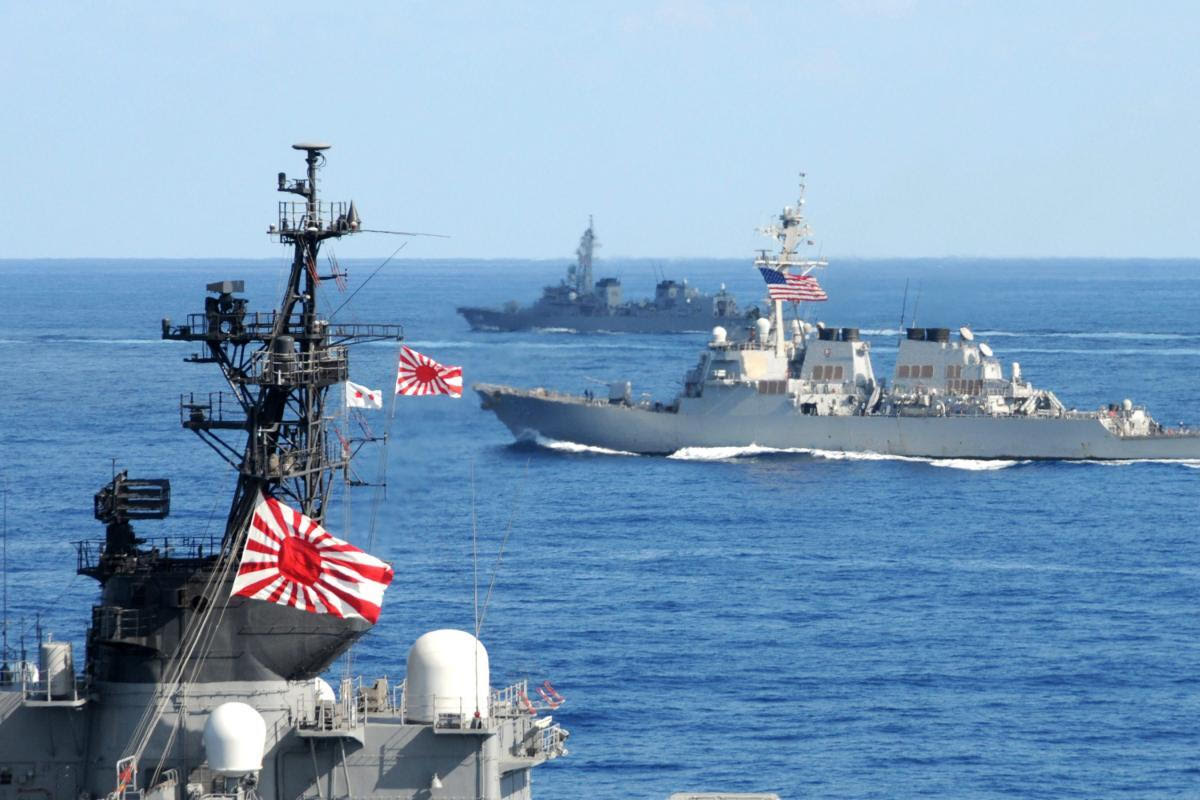 As French, Pakistani and other leaders seek to engineer a meeting between the US and Iranian presidents on the sidelines of the United Nations General Assembly, big power rivalry could rack up tension in the waters of the Gulf and the Indian Ocean.

With prospects for a face-to-face encounter between presidents Donald J. Trump and Hassan Rouhani slim at best, attention is likely to focus on beefing up the security of key Saudi oil facilities after drone and missile attacks, blamed by the kingdom and the United States on Iran, and identifying an appropriate response that minimizes the risk of a full-fledged military confrontation.

Saudi Arabia and the United Arab Emirates, days after the attacks severely damaged oil installations, joined a US-led coalition to secure the Middle East’s waterways. Earlier, Britain, Bahrain and Australia pledged to participate in the coalition.

Japan declined to join but said it was considering sending its Maritime Self-Defense Force (SDF) on information-gathering missions in the region. It said it would coordinate with the US-led coalition and would include the Strait of Hormuz in its operations if Iran agreed. Japan has unsuccessfully sought to mediate between the United States and Iran.

The US Defense Department, meanwhile, in response to a request from Saudi Arabia and the UAE and in an effort to reassure Gulf allies said last week that it was sending an unspecified number of troops and equipment to the two countries to bolster their defences.

Iranian Brigadier General Ghadir Nezami, head of international and diplomatic affairs of his country’s armed forces, raised the stakes by saying that the Iranian navy would be holding joint exercises with Russia and China in the Indian Ocean and the Sea of Oman.

General Nezami, who is believed to have recently accompanied chairman of the Iranian Joint Chiefs of Staff Major General Mohammad Baqeri on a visit to China, gave no date for the exercises. Chinese and Russian media have yet to report the planned exercise while spokesmen in the two countries declined to confirm or deny the Iranian announcement.

Iranian Navy Commander Rear Admiral Hossein Khanzadi said in July that the Russian and Iranian navies would be conducting a joint exercise within a matter of months to boost military cooperation.

Russian and Chinese hesitancy to confirm the exercise may be designed to avoid hiking tensions as efforts at the United Nations to mediate between the United States and Iran proceed.

Moreover, Russian president Vladimir Putin is likely to want to avoid a shadow being cast over his planned visit to Saudi Arabia in October. Mr. Putin has urged the kingdom to proceed with the acquisition of Russia’s S-400 anti-missile system that was agreed in principle two years ago.

Russian foreign minister Sergey Lavrov met this week with his Saudi counterpart Ibrahim Assaf at the United Nations to discuss the visit.

Russia and China may also not want to undermine a Chinese-backed Russian proposal for a collective security agreement in the Gulf that would replace the US defence umbrella at a time that Saudi Arabia, uncertain about American reliability, may reach out to other countries for support in protecting its oil assets.

Gulf concern about US reliability, dating back to US president Barak Obama’s negotiation of an international nuclear agreement with Iran and reinforced by Mr. Trump’s transactional response to the recent attacks on Saudi oil fields, leaves the Saudis and the Americans with no good choices.

Middle East scholar and former advisor to the US Defence Department Bilal Y. Saab argues, against the backdrop of a widespread feeling in Gulf states that the United States is gradually reducing its commitment to their defense as Washington focuses on Asia and the Indo-Pacific, that the United States in particular is caught in a Catch-22.

Its options of reducing commitment without surrendering its umbilical defense cord and making way for America’s rivals are limited.

Mr. Saab believes that the United States should focus its security cooperation less single-mindedly on arms sales and more on building the Gulf states’ institutional national defense infrastructure. Failure to do so, would risk regional tensions repeatedly spiralling out of control and ultimately prevent a gradual US drawdown.

The problem is, in Mr. Saab’s words, that what the United States should be doing to “responsibly reduce its security burden and footprint in the region” while safeguarding opportunities for lucrative arms sales would likely reinforce perceptions of America as unreliable and willing to sacrifice its friends – a perception that dates from the 2011 popular Arab revolts when Washington ultimately backed the toppling of Egyptian president and US ally Hosni Mubarak.

Mr. Saad is the first person to admit that his proposition may be pie in the sky.

“It would mean building and empowering institutions that have the guns, and thus the ability, to conduct coups. Only a foolish Arab autocrat would be interested in that. It would also mean liberalizing or professionalizing national-security ministries and intelligence agencies. Few Arab leaders would voluntarily undermine the favourable clientelistic networks that are run by their governments. In short, defense reform requires political reform,” he says.

Moreover, institution building would bring the different threat perceptions of the Gulf states and the US into sharp relief and force Gulf states to rethink their arms acquisition policies and grant the United States access to their jealousy guarded most secret data and programs.

That would require a US president who thinks in strategic rather than transactional terms.